The Spy Within Is Fortnite’s Answer to Among Us

The Spy Within Is Fortnite’s Latest LTM

Fortnite has officially gotten the Among Us treatment thanks to a team of creators known as DolphinDom, KKSlider, Bunni_, Wert, Blanky, jstKamui, MackJack, Ritual, and Snownymous. The game mode includes a number of mini-games to complete as one Agent goes around the house sabotaging other players similar to Among Us’ suspects. Fortnite The Spy Within is available to try for free right now on current and next-gen consoles, PC, Mac, and Android. 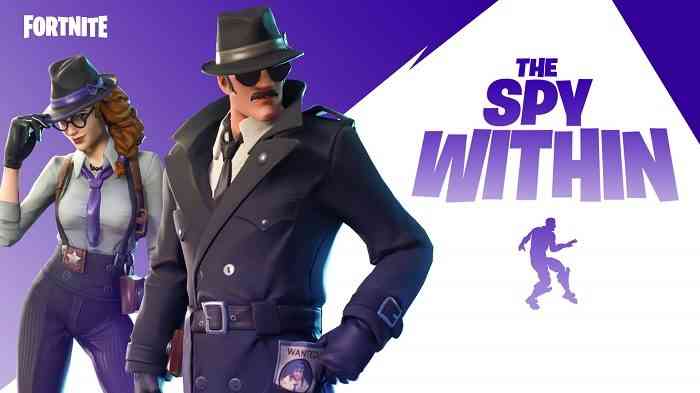 “Agent, Several key islands have been infiltrated by Spies,” said Fortnite character Sleuth in a recent Epic Games post. “Track them down and flush them out. Watch your back, you’ll be arriving at each location with limited information. We don’t know who the Spies are, so don’t trust anyone….We can trust you, right?” Every few days, the LTM Spy Within will get a new game that likely features different locations to explore, but right now Fortnite fans will explore a large manor in trying to find the Spy Within.

The Spy Within LTM launched in Fortnite yesterday and popular streamers such as Tim the Tat Man, Nickmercs, Ninja, and Sypher PK have already been exploring the Creative game mode inspired by Among Us. Fortnite fans who complete The Spy Within Challenge Pack will unlock several free cosmetics, including an event exclusive skate deck variant, a Holiday-themed weapon wrap, and glider, and a new soundtrack to listen to in the lobby. Gamers will be able to select the new LTM from the game mode selection tab on Fortnite and it provides a nice change of pace for fans who are looking for something less intense than Save the World or battle royale.

Will you be trying Fortnite The Spy Within? Let us know in the comments below!

Apex Legends Latest Trailer Shows Off Its Upcoming Hero
Next
Hades Has Finally Added the Cross-Save Feature for Nintendo Switch
Previous
Prince of Persia: The Sands of Time Remake Delayed