A trademark leak has revealed that a new Jurassic Park game is underway. As we have not heard anything in terms of trailers or official press releases, one could only assume that this title is far away from releasing anytime soon. There is a very likely chance that whatever this new game is going to be, it will be made for the PS5 and Xbox Series X. That being said, all dinosaur aficionados should be happy. It has been years since video games fans have been presented with a Jurassic Park video game. This new title is going to be called Jurassic Park Aftermath. 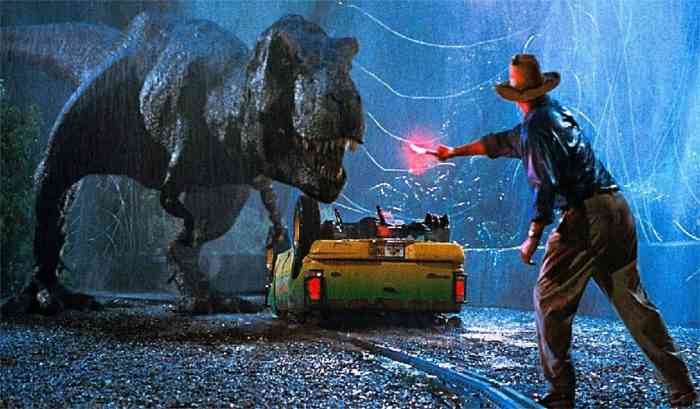 The Jurassic Park IP has been slapped onto video game titles in the past, but the overwhelming majority of them were forgettable and dull. Hopefully, whatever they are working on now could break the mold. There is no telling what they are going to cook up. Many fans online seem to be convinced that we will be given a survival horror game of sorts. The player will take control of a character after the park’s security measures collapse. Think about the famous kitchen scene with the velociraptors, but for the entire duration of a game.

The Jurassic Park franchise itself is one of the most celebrated in recent memory. While both of the more modern movies might not have captivated audiences as they did in the 90s, they were still able to rake in millions of dollars in profits. There is clearly still a huge audience for this.

Long ago are the days of the hastily made video game movie titles that would be cranked out anytime a large enough blockbuster was about to debut in theatres. Perhaps Jurassic Park Aftermath could start a positive trend. Lord knows they have the financial backing to get it done.

Deliver Us The Moon, Sci-Fi Epic, Flying Towards Next-Gen Release