Epic Games has officially kicked off their Holiday-themed Fortnite event officially known this year as Operation Snowdown. Operation Snowdown brings several new activities to the game for all Fortnite gamers to take part in and free rewards, including two new skins to earn between now and January 5th. Alongside fun new limited-time-modes are some changes to the main Fortnite map such as the return of planes, Sneaky Snowman, and all the snow you could want. Fortnite is available for free right now on Xbox One, Xbox Series X/S, PS4, PS5, Nintendo Switch, Mac, Android, and PC. 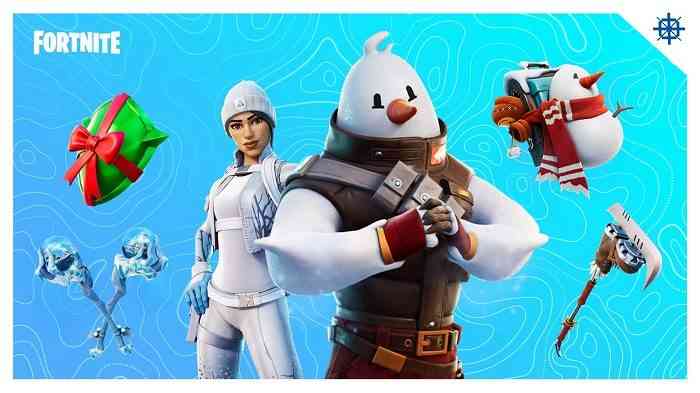 During Operation Snowdown, Snowmando is a new NPC joining Season 5 – Zero Point to hand out Holiday-themed events. These quests will revolve around new items added with the update or new limited-time-modes for players to take part in during the Holidays. One of the rewards for completing these quests in Snowmando himself, but gamers can also grind towards a new back bling, new weapon wrap, and more. In addition to the free rewards gamers can unlock, all Fortnite players will receive a free “Sing Along” emote from the item shop.

Not only do Christmas trees clutter the Fortnite Battle Royale map with the release of the seasonal update, but many of the bushes are clad in Christmas lights as well. Retail Row is particularly festive, with some buildings fully set up for the Holidays. The X-4 Stormwing planes that some people have anticipated the return of are fittingly wrapped in Christmas lights as well. The new LTM’s are all cycled through in the Snowdown Shuffle playlist which will let players easily accomplish their daily challenges.

Are you hyped for Fortnite Operation Snowdown? Let us know in the comments below!