Mechs May Be Returning to Fortnite

Mechs May Get Unvaulted Soon in Fortnite

According to some teasers on the new Fortnite Chapter 2 Season 5 map, as well as fan speculation, mechs may be returning to Fortnite. Although mechs were removed from the game at the conclusion of Season X to much fan delight, new hints on the Zero Point map suggest that BRUTEs are returning to the battle royale. Eagle-eyed Fortnite fans have noticed a new BRUTE being assembled slowly on the new map, suggesting a return of the frustratingly good tool. Fortnite is available for free right now on Xbox One, PS4, Nintendo Switch, mobile, Mac, and PC. 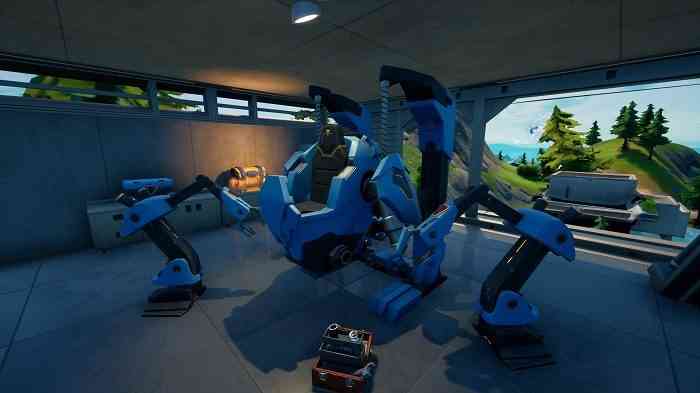 The new BRUTE being assembled at Hunter’s Haven doesn’t quite resemble the original mech found in Fortnite Chapter 1 Season X. The new mech appears short and stout in comparison to the original and it was a Twitter user known as FortTory who spotted it in Hunter’s Haven.

The Fortnite community has been divided on mechs since their implementation in Season X, and it looks like it’s still split on the potential BRUTE 2.0. “Ngl I would love to see the mechs return,” said a Twitter user called No One. “This season’s already looking to be my favorite one ever and downtime’s not even over yet,” said another mech fan known as Big John. “Different doesn’t equal bad, dumb sweat. This season will be the unfriendliest to sweats, which is great!” said Gex Tex on Twitter.

Not everyone is a fan of the potential BRUTE return, however, with many Twitter users simply proclaiming variations of “No!” “Ok boys let’s join forces and stop the maniac responsible for this,” said a Twitter user named Yohan, who clearly forgets that a large portion of Fortnite fans are female. “Because they want us to feel nothing but pain,” said Super Josh.

Would you like to see BRUTEs return to Fortnite or should they stay vaulted? Let us know in the comments below!