Virtual Reality? In Our Visual Novels? It’s More Effective Than You Think

Visual novels are an interesting breed of game. Half book, half interactive program, they draw their immersion from the strength of their narratives and visuals. Most of them are also very anime, and it’s hard to get more anime than pretty robot girls piloting giant robots to protect the world–or at least, what’s left of it. That’s where ALTDEUS: Beyond Chronos begins. Welcome to the devastated future of 2080, where giant aliens known as Meteoras have driven all that remains of humanity underground. You take on the role of Chloe, an android who pilots a 400-meter-tall giant robot called a Makhia, and fight to protect the last enclave of humanity as a member of the organization Prometheus. But Chloe isn’t just fighting to protect people. There’s someone she wants to avenge: her fallen friend, Coco.

There have been a lot of games about piloting giant robots over the years, but we think this might be one of the most immersive. An entire VR cockpit you have to physically move your hands to interact with is hard to beat. It honestly looks so complex that it’s a bit overwhelming. Fortunately, Chloe’s AI partner, Noa, will help you figure out the controls. Noa is a delicate white-haired girl referred to as a “holographic diva” in promos, and we can see why. She’s stunning. Too bad her partner can’t see her charms, because Noa was modelled after COco, and all Chloe sees when she looks at Noa is a hollow imitation of her lost friend.

Will these girls ever find a way to understand each other? Can Chloe avenge Coco? And hey, what’s going on with those aliens, anyway? All these answers will be revealed, though perhaps not all in the same route. Like many visual novels, ALTDEUS is a branching narrative that leads to multiple endings, each more outlandish than the last. They’ve even worked this inherent replayability into a crucial game mechanic. As the press release states: “After reaching a climax, rewind time to find new branches in existing plotlines, discover new revelations and rewrite humanity’s fate.” 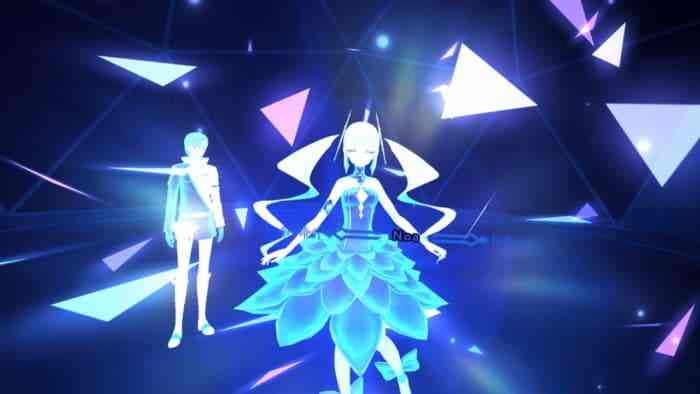 All right, we’re down. ALTDEUS is technically the sequel to another game, TOKYO CHRONOS, also available on the Oculus Quest, but in practice, it’s a standalone installment.

ALTDEUS: Beyond Chronos is now available on the Oculus Store for Oculus Quest 2, Oculus Quest, and Oculus Rift headsets for $39.99. It supports English and Japanese voice acting and features Chinese (Simplified), German, and French subtitles.

Are you ready to save the world? Let us know down in the comments, or hit us up on Twitter or Facebook.

Medal of Honor: Above and Beyond Gets Multiplayer Reveal
Next
Mechs May Be Returning to Fortnite
Previous
Have Your Say in the Game Awards “Players Voice”