The Weirdest, Strangest and Most Bizarre Games Ever Made – Part II

Weird and Bizarre Games? Don’t worry, we got you.

Just over a month ago we brought you our list of the weirdest, strangest and most downright bizarre games ever made. In the mix was a game that put you in the role of a talking fish with a human face and another game made you Michael Jackson himself. Well, we were only scraping the surface. Here’ s a few more games that’ll have you saying WTF?! 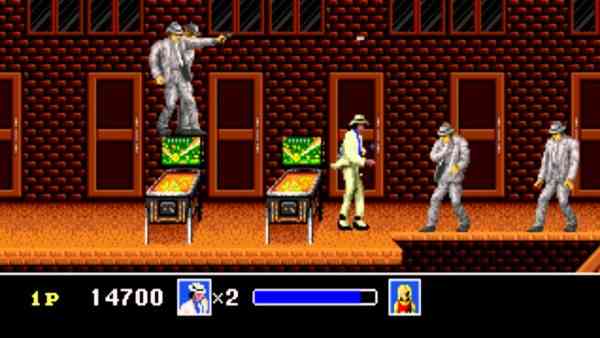 One thing I love about Asian game developers is their ability to boldly go where no one else has gone before or even imagined, delivering some mind melting games that will shock as much as make you laugh. Prepare yourself because the following games will make your brain hurt.

Okay, so imagine if Street Fighter and every WTF video from Asia you’ve ever seen had a child. You’d be left with our first bizarre game on the list, Dong Dong Never Die — a fighting game featuring characters you probably wouldn’t find in a typical fighting game. I’m talking about a nurse, an old business man, a man wearing a life saver. This is one of those games you have to watch to understand, and i’m sure even after you watch it you still won’t understand.

This is every bit of a horror story then a game — I mean, imagine you grew up with your dad only to find out he’s an undercover octopus. Octodad is about an octopus disguised as a father who tries to complete mundane tasks to keep his cover from being blown. This is very similar to I Am Bread which made the first list, you control each limb individually and use the physics of the game to overcome obstacles — it’s so satisfying to watch your lanky, gelatinous body flop all over the place as you try to cook burgers for your “wife” or put groceries in a shopping cart. This game is a blast, just don’t let your family find out the truth, they would probably need therapy after.

If you were the last human on Earth and to save your species you had to knock feathers with a bird, would you do it? Welcome to the premise of Hatoful Boyfriend, a dating sim about a human girl attending a school full of eligible pigeons — it’s like The Bachelorette but with a lot more white droppings on your car windshield.

The whole bestiality part aside, the main source of weirdness comes from the story — you control a human girl in a pigeon school where you foster relationships with your fellow winged classmates, going beyond the school you discover humanity was completely replaced by talking pigeons and the only way to save mankind is to…well, I’m not going into details here. All I can say for sure… bizarre games candidate? You damn right.

Indie Darling “Spiritfarer” Sells Over 1 Million Copies
Next LawBreakers First Impressions – Obey the Law… or Break It
Previous 3 Up, 3 Down – 3 Things We Loved (And Hated) About the Gears of War 4 Multiplayer Beta