LawBreakers First Impressions – Obey the Law… or Break It

Note: Developer, Boss Key wanted to make it aware that LawBreakers is still in very early alpha, and this is more of a first impression rather than a full blown preview.

Having left Epic Games in 2012 after 20 years with the company, Cliff Bleszinski – lead designer on the Gears of War trilogy – came out of retirement and announced that he would be developing games again in the summer of 2014. Nine days later, the formation of Boss Key Studios was announced alongside their first project codenamed BlueStreak that would eventually become LawBreakers. Being published by Korean giant Nexon, LawBreakers is an online-only PC exclusive first-person shooter that will – at least initially – be available on Steam. Nexon and Boss Key invited us down to their studios in Raleigh, North Carolina to get some hands-on time with game which is set to release sometime this year.

Primarily being a console player, the first thing I noticed about LawBreakers was its comfortable control scheme and how quickly I adapted to the raw shooting mechanics using a mouse and keyboard. The game pits two sides against one another: the Law, and the Breakers. In the game’s lore, the world is hit by an event knows as The Shattering, and gravity goes to whack. The Law side keeps the peace, while the Breakers, well, break the laws of gravity. The maps are to be set in iconic American sites with gravity twists like a Mt. Rushmore and a re-imagining of the Grand Canyon called Grandview – which is what I got to preview – decorated with modern Japanese design.

The map has 2 bases on either side with a circular area in the middle where you pick up the battery. Said battery is part of the Overcharge game mode that centers around grabbing the battery perched on a structure from the middle of the map and delivering it to your base to charge. To score, the battery has to charge to 100% and then requires a 20-second wait. The mode changes the normal 1-Flag Capture the Flag structure by allowing the opposing team to steal your charged battery and reclaim its charge. Essentially, if your team charges the battery to 99%, the enemy can take that battery to their base and charge it just 1% more to score. This creates a frantic end to every battery capture but also allows you to swoop in at the last moment and get a point – similar to Halo 5’s Warzone mode, where even if you are losing by 500 pts, you can destroy the enemy team’s core to win the game. 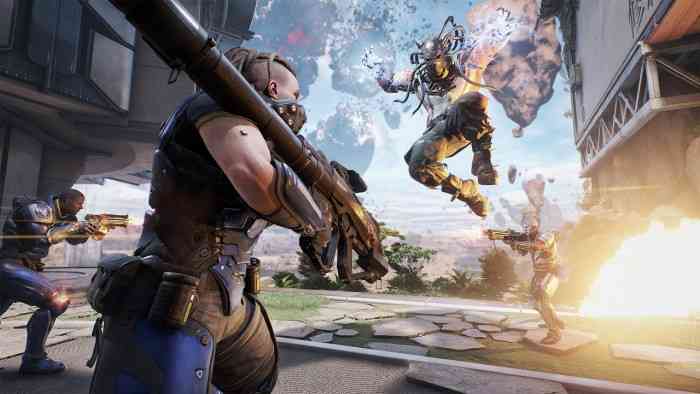 The moment to moment gameplay of LawBreakers is at its best in the dying seconds before a battery is charged and a point is secured as attacking teams warp in and use all of their abilities and defensive teams set up traps and tactically position themselves to repel the oncoming attack. Speaking of abilities, in the demo we played – which was a very alpha version of the game – each side had 4 classes to choose from with different abilities and movement speeds. The combination of the characters is key to succeeding in matches in LawBreakers. Even if that means an entire team chooses the tank class, if executed correctly, a plethora of tactics and play styles can be utilized to achieve victory. The classes include the pacey Assassin that is equipped with a Spiderman-like swing ability and a dash mechanic, as well as the Titan, which acts as the traditional heavy unit that boasts lots of HP and a crushing ground pound ability. My favorite was the chain gun toting Vanguard class, that has the ability to glide across the map with thrusters and rush towards the ground to create a large gravity bubble – useful for staying up in the air when defending you battery. 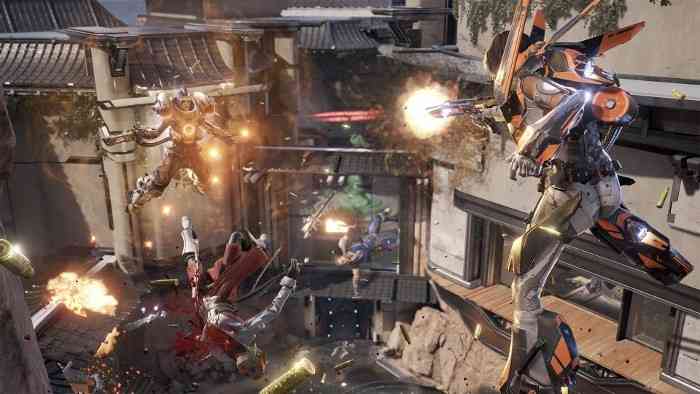 While the classes were difficult to use to begin with, the process of learning the minutiae of their strengths and weaknesses, and when to use your abilities felt great a few matches in. When I felt like I had a good grasp with the Vanguard, I could immediately notice how much I was helping my team secure points, and that feeling of teamwork, after I was near useless to begin with, was satisfying. Other mechanics include a brilliantly executed health system wherein a station is set up at each respective base that regenerates your HP. The catch is that the station is on the other side of a wall in respect to the battery, and there were moments where I would be almost dead and make it to a health station, but then hear a firefight ensuing in the room directly beside me. Now I could have stayed and gained more health, but the other team may have stolen the battery and been half way across the map if the Assassin class picked it up. Or, I could get out of the health station and help my teammates, putting myself at risk of death. This creates an entire meta-game based off something as simple as health, and it is further compounded when respawn times (around 15 seconds from what I can recall) are so long meaning each death is a severe blow to either side. 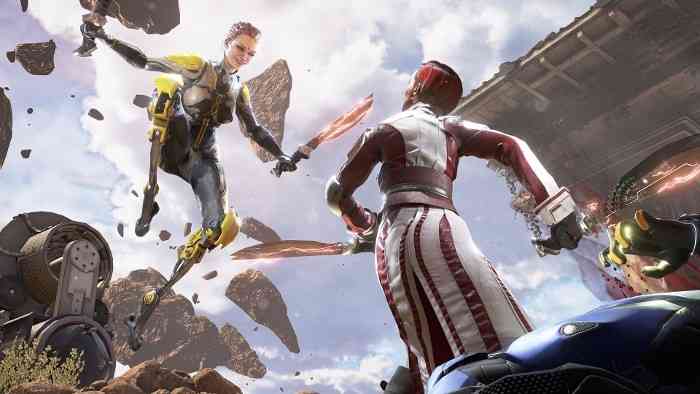 Another cool feature involved the visual feedback present in the game wherein a health bar or visual clues were not present to figure out how low an enemy’s health was. Instead, the reticle – when placed over an enemy – would fill up a white bar going outwards that would tell you exactly how much health your opposition had. It was a small visual trick, but one that went a long way so as to not clutter the screen with information.

The map itself was simple, but it worked in an arena shooter like this. The middle section where the battery spawns would become a zero-g zone resulting in lots of verticality both in movement and in combat. I learned quickly to avoid the area when the opposing team had more than one Assassin that could swoop in and cut enemies up. I’m very interested to see how the others maps play, as I don’t think the Grandview map utilized the gravity mechanic enough. Sure the middle area was important, but besides some abilities certain classes had, I wasn’t too worried about the gravity implications. It would be nice to see more gravity areas implemented in the rest of the maps to add another layer of complexity and tactics to each match. 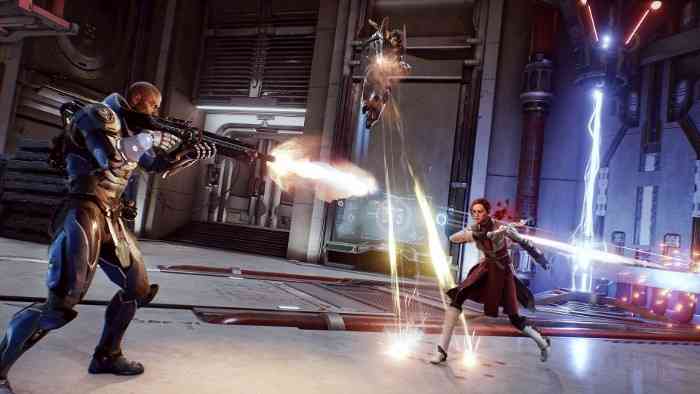 My first experience with LawBreakers was a positive one, and I’m anticipating what Boss Key can do with the rest of the game when the title launches sometime this year. I think it’s important for them – as a smaller studio – to really get the game in players hands, both console and PC gamers. The quality of the game can speak for itself, and Boss Key Studios can benefit from the growing arena multiplayer trend if the messaging is right. LawBreakers’ classes are fun to play with, and the game has a lot of minutiae that really elevates the active play experience and makes you feel great as you see yourself get better. Maps with more of a focus on the gravity side of things is what’s needed, but the future looks bright for the new studio and their first endeavour.

The LawBreakers Alpha is now live for registration, what are you waiting for!?

Overwatch 2 Servers Crumble, Facing Immediate DDOS Attack On Launch
Next A Word with Boss Key Co-Founders, Cliffy B and Arjan Brussee
Previous The Weirdest, Strangest and Most Bizarre Games Ever Made – Part II