I have friends who exploded out of their seats when the Jump Force trailer first dropped. The potential here for a top-quality Jump Force fighting game had left people salivating with the incredibly rich stories, characters, and worlds colliding into one epic battle. This was a game with the potential to break boundaries and set a whole new franchise of fighting games in motion… until it didn’t. Dumbed down controls and a typical run-of-the-mill set of interface and gameplay mechanics made Jump Force into a carbon-copy fighter when there was such a great opportunity for more.

I bet until you read that title you didn’t even remember that Labo came out with a VR unit. When Labo first hit it was weird, creative, and brimming with possibilities both in an educational and a creative sense. The Wii had a ton of peripherals and the Labo lent the possibility for an endless number of cost-effective additions. That is of course until it was essentially panned by anyone not interested in educational gaming. The Labo released its VR headset, allowing you to strap a cardboard contraption to your face in an attempt to replicate VR, but since it’s release what have we heard about it? Nintendo put out the VR trying to keep it is Labo-line alive and it was barely on anyone’s lips, let alone faces. The Labo is screaming with potential as a gaming peripheral and it is solely being used for party games and simple tricks. It’s a constant let down. 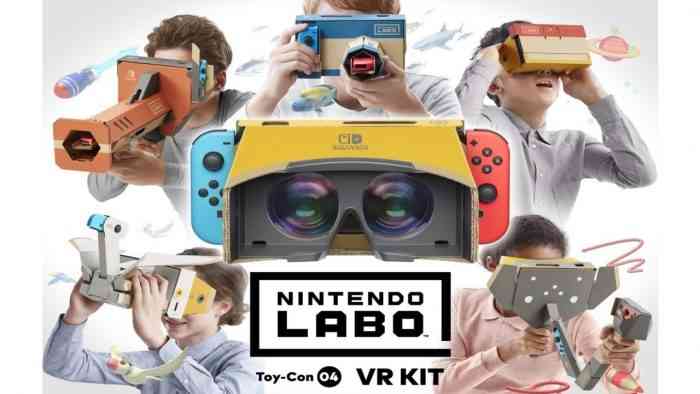 Anytime an RPG tries to go a new way and innovate, more often than not it will build a fan-base of those who are engaged and happy with the new features and mechanics. YIIK, however, feels like the exception to the rule. On paper there is no reason this shouldn’t have worked out to be a masterpiece; its an RPG in the modern age with a strong and spooky mystery, it follows classic combat tropes, and it has decent meat of time clocking in at about 25 hours. So what happened? Bogged down by insufferable loading screens at nearly every action, slow paced combat, and a broken leveling system makes the game feel like all of the resources went into the narrative and art direction rather than, you know, making a promising game. The potential is there in the future, but YIIK definitely left people shaking their heads.

Jump Force is Going to be Removed from Stores Next Year
Next GAEMS Guardian Pro XP is a Game Changer For Streamers, Content Creators and Pros
Previous I’m Worried About Gears 5