Whether you like it or not, Anime and Manga are two of the largest forms of entertainment in the world, spanning movies, games, paperback, and an assortment of collectibles and accessories that extend farther than you might imagine. Based on Shonen Jump which originated in 1968 as a weekly magazine for manga, some of today’s largest and most iconic anime characters started or at least were inspired in the pages of Shonen Jump. As an incredible fan service and 50-year celebration to its creation, Jump Force brings together iconic anime characters such as Goku, Luffy, Yugi, Naruto, and many more to battle it out as only these incredible anime characters could. How well does this concept pull off on your screen? Well, check out our video review below to see our thoughts.

Jump Force is a 1v1 style fighting game in a similar vein to previous Dragon Ball titles in which players are able to do battle across large areas, in the air, as well as interact with the environment in small ways. Featuring a roster of over 40 characters, Jump Force brings together iconic characters from a variety of Shonen Jump series however beyond the incredible presentation of the game it comes across as shallow and incomplete. Character creation is limited in both appearance and combat, dialogue can be cringy, and the overall narrative and motivation of the characters fit a rather formulaic path which is predictable and sadly repetitive. Combat allows you to choose a team of three fighters who will all share a single health bar, making it more intense as you must know your teams strengths and weakness to come out on top. 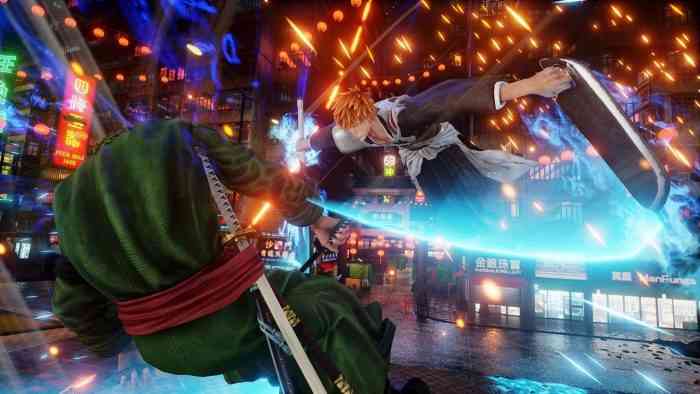 Are you excited to jump into Jump Force? Is there a particular Shonen Jump series you absolutely love? Let us know on Facebook, Twitter, or the Comments section below. Jump Force is available now on PC, PlayStation 4, and Xbox One. For more information, check out the game’s official website.