Could Gears 5 Be A Disaster Waiting To Happen?

The Gears of War franchise has done a lot for the Xbox brand and video games in general. Where would we be without stop and pop, or the roadie run? What about the Mad World trailer and active reload? I’m as big a fan of horde mode and chainsaw bayonets as anyone, but I’ve got to say: I’m really worried about Gears 5.

E3 2018 gave us a glimpse of the story The Coalition wants to tell in Gears 5. From what we saw, Kait Diaz will be leading an expedition into enemy territory. Her origins and what they mean for humanity could be a much needed bit of variety for the franchise. There was sailing on ice, heartbreak, extreme gore, the whole nine yards. It looked great.

This year, Microsoft was talking about their epic, 2 hour press conference, and I immediately knew that had to include an extended look at either Gears 5 or Halo Infinite. Instead we got a weird face morphing Gears trailer I honestly barely remember seeing, Keanu, and a run time of 1:40. Wait, where did that extra 20 minutes go? I think the Gears 5 demo was cut.

Do I have specific proof of that? Not really. But Rod Ferguson, who’s usually energetic and excited on stage, looked a bit subdued. Like something had gone wrong. Gears is one of Xbox’s flagship franchises, and it was barely a ripple in Microsoft’s pond. 3 months out from launch, that’s really concerning.

What Did They Show?

They were showing off Gears 5’s new Escape multiplayer mode, and our time with that demo didn’t really prove much. It still feels like Gears, and was running pretty well both in solo and splitscreen modes. The race against the clock mechanic could be fun with a group of friends, but the map design left something to be desired. It felt, well, procedurally generated. Upon asking one of the devs, I was explicitly told that wasn’t the case. In other words, the hand built map felt repetitive.

I did appreciate the tension the mode was able to generate through scarcity of resources. As Lahni, I was constantly out of ammo and being forced to stand toe to toe with big nasty beasts. But while it was tense and engaging in the moment, I forgot about it quickly. It didn’t stick with me or change how I see Gears. I don’t see myself choosing to play Escape over another game, or even over Horde mode.

So really, I’m worried Gears 5 is going to boil down to being another one of those. The kind of campaign with big themes that aren’t really explored, and level design that’s repetitive and uninspired. Where some stuff happens and things explode between A and B and you don’t recall the details. Where the actual act of playing the game just sort of happens. The Division 2 proved that a cover shooter can be incredibly diverse even within a set of rules, but that’s far too recent for The Coalition to have already adapted. 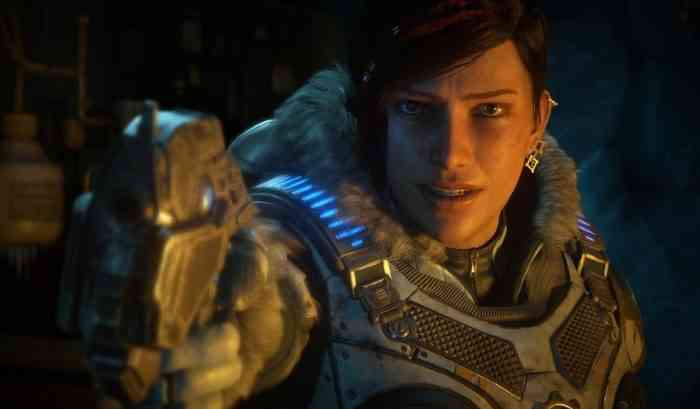 Unless that’s why the Campaign mode didn’t show up at E3. What if they’re tearing Gears 5 apart and trying to beef it up in the dying moments of development, hoping to hit a home run? Lord knows Microsoft could use one. The Xbox first party lineup has been essentially a graveyard outside of Forza, with nearly everything hitting the bargain bin hastily after launch, and big budgets turning into shrug emojis.

Again, this is all completely baseless speculation. In all likelihood, Gears 5 will sell big and garner critical praise even if it doesn’t break the mold. Personally I’m not holding my breath either way, but you can bet I’ll be watching things really closely as Gears 5’s September release date approaches. In any case, it’s always fun to speculate about these things, right?

Gears 5: Hivebusters Review – Fire Up That Lancer One More Time
Next The 8 Most Disappointing Games of 2019 so far…
Previous The Top 10 Games of 2019 So Far…