Battleborne struggled at launch due to the face that Blizzard’s hotly-anticipated Overwatch. Battleborn came out less than three weeks before the Blizzard hero shooter and although it featured different gameplay mechanics that were more akin to Smite, gamers were quick to label it as the inferior Overwatch. To this day, the Battleborn community is minuscule in comparison to the Overwatch community and it didn’t spark an esports movement that included the likes of ESPN. While Gearbox is a great team and they clearly put lots of time and money into Battleborn, something got lost in translation and I think it may have been the first-person perspective in a MOBA. Smite has achieved a larger community than Battleborn was ever able to reach and it features a third-person view from behind the character. While the first-person perspective works for objective based hero shooters, it’s a much different scheme for a MOBA where most fans are used to an aerial third-person view. Unlike other titles on this list, Battleborn had lots of potential but couldn’t bring in new players as it faded away. Battleborn is expected to go offline in 2021, while Overwatch 2 is expected to launch later this year and if that doesn’t illustrate a game that wasn’t saved by updates, I don’t know what does.

Cliff Bleszinski fired his last shot with Radical Heights and despite a few days of significant online attention in the form of Twitch views and trending lists, his shot missed. Bleszinski is the great mind behind the original Gears of War trilogy and LawBreakers. Although LawBreakers seemed to have his heart and soul invested in it, Radical Heights was the last-ditch effort to create another successful title. Radical Heights released unfinished, unpolished and unspectacular, but it had potential. The game was a battle royale based in an 80’s environment, with each battle being streamed to a live in-game audience like the Running Man competition starring Arnold Schwarzenegger. Although the buildings and many of the streets were unfinished, the map itself featured some unique points of interest that would fit into a game like Fortnite. The game featured a cash mechanic where players could use in-game money to purchase weapons at vending machines and the remnants of this system can be seen today in Call of Duty: Warzone. While the game launched with some fan fair, it was never fixed through updates and it ultimately went offline in 2018 and it’s unlikely we’ll ever see a fully realized 80’s themed battle royale title again. After the failure of LawBreakers and Radical Heights, Cliff Bleszinski retired from gaming and has been a much quieter voice in the industry than he once was. We hope that CliffyB is well wherever he is and that he makes a return to the industry one day. 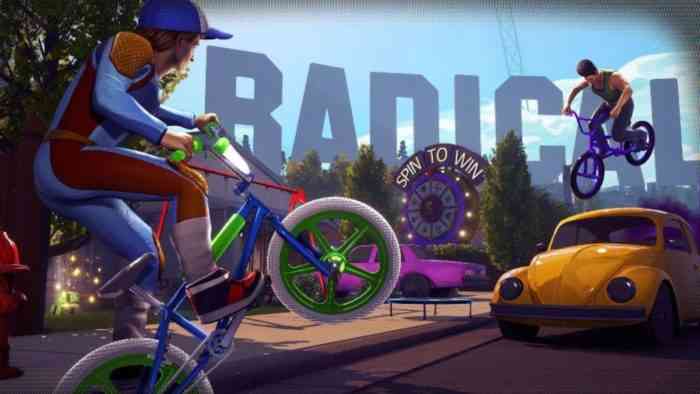