Doom Eternal is undoubtedly one of the best shooters I’ve ever played. For context, I’ve been an FPS fan for over twenty years. There are countless franchises I love, many of which have thrived this generation, but none have seized my adoration quite like Doom. Eternal is a masterclass in design and succeeds beyond the 2016 reboot in every way. Here are twelve things I absolutely love about the game.

Much like creative director Hugo Martin describes, Eternal’s combat isn’t unlike a hardcore, fast-paced game of chess. Arenas are designed to maximize your arsenal of tools and abilities. Strategy is required to exploit enemy weaknesses, and maintain your ammo, health, and armor to survive the action. Encounters demand your full attention and are repeatedly exhilarating, as battles are frenetic, and victory lies in your moment to moment choices and precision.

As a result of enemy designs and a constant shortage of ammo, health, or armor, using every weapon at your disposal is critical. The plasma rifle wipes out shields, the combat shotgun’s sticky bombs and heavy cannon’s precision bolts destroy enemy weapons, and the chaingun and ballista quickly deal with heavies, to list a few. The flame belch causes demons to bleed armor, the chainsaw replenishes ammo, glory kills provide health, and both grenade types are useful for different situations. While runes are more subjective, they also play heavily into how to conquer every arena. There’s never a dull moment as Eternal practically forces you to use every weapon during every fight.

From hell on earth to the royal architecture of Sentinel Prime, mission environments are gorgeous, but their designs in terms of gameplay are significantly more impressive, especially when stacked against Eternal’s predecessor. Combat arenas are equipped with monkey bars, boost pads, and teleporters, all of which accentuate the game’s remarkably fluid traversal and enable you to further strategize your approach to combat. Some arenas feature environmental hazards inflicting another layer of difficulty. In addition to combat and enemy designs, diversity’s also emphasized with every combat arena you encounter, as there isn’t a set formula that works for every scenario. 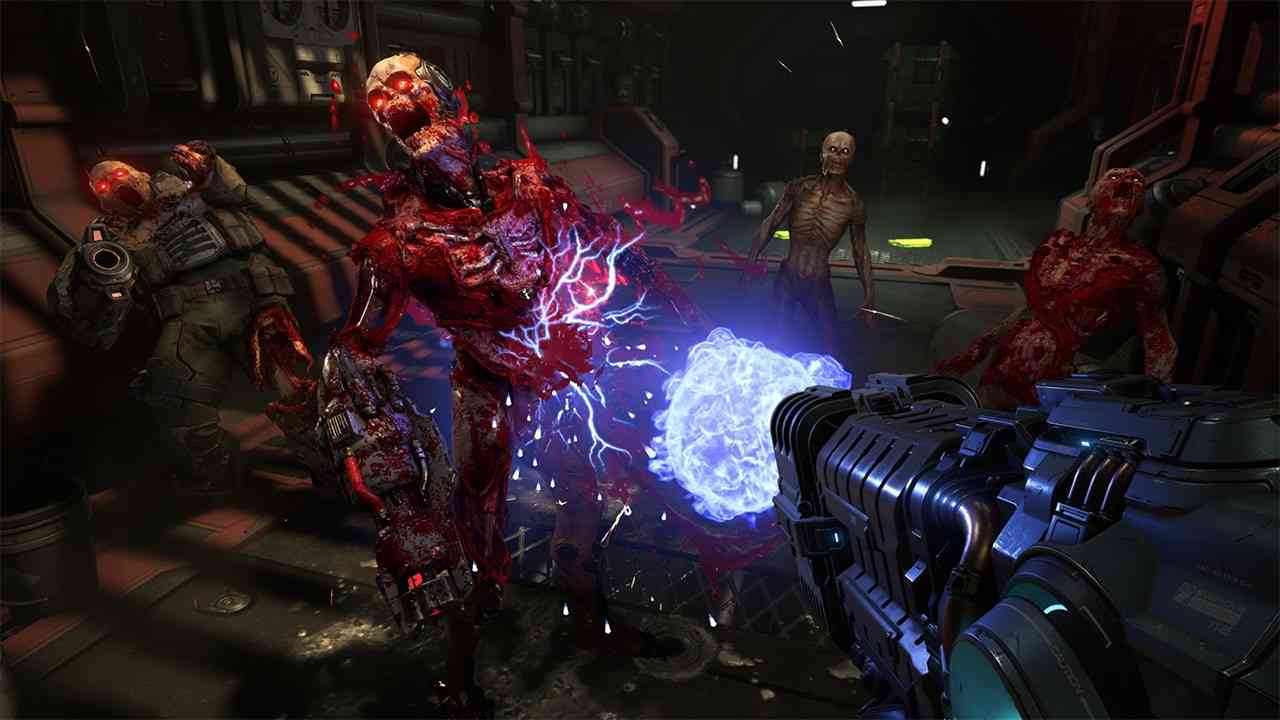 Although terrifying with a ravenous will to slaughter you, you can’t help but love the demons. Visually, they’re fun to look at before decapitating, dismembering, and tearing out their eyes. I’m a big fan of Arachnotrons, Pain Elementals, and Revenants. Beyond their harrowing appearances, every demon uniquely challenges you between the ways they move and attack.