Gearbox Pulls the Plug on Battleborn, Fall Update to Be Its Last

Gearbox Software has announced that Battleborn has no planned new content following its upcoming Fall update, effectively putting an end to the struggling hero-shooter since its launch in May 2016. 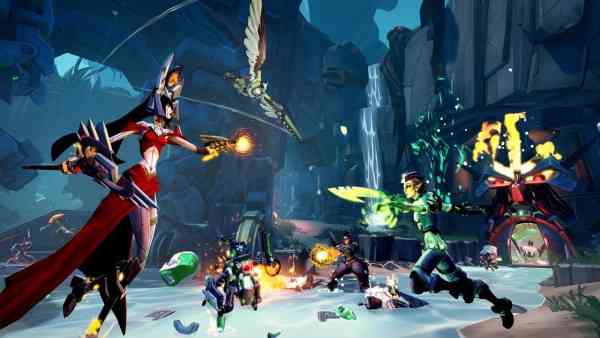 This won’t have an effect on current players as creative director Randy Varnell has assured that servers “will be up and active for the foreseeable future.” Varnell wrote this and more in a letter posted on the Gearbox forums:

“As of this week, there will be no more Battleplans and there is currently no planned content after the Fall Update,” Varnell wrote. “Details of any future changes or news will be made on our forums or through social media, so keep your radars on.”

Battleborn’s demise seemed inevitable, and it looks like Gearbox is putting all of its crew on the development of the next Borderlands game. Battleborn struggled to gain traction, and could never get under the shadow of its rival, Overwatch. While Battleborn certainly isn’t a bad game, it lacked the fan community Overwatch has, particularly in the lore. In June, Battleborn offered a free trial version as a last-ditch effort to entice new players but alas, it didn’t turn the needle.

“Also, I want to personally thank you for giving Battleborn a chance, and dipping down into a new universe with us,” said Varnell, closing out his letter. “We make games for you. And many of you have shared with us how much Battleborn has meant to you personally.”

Let us know how you feel about Battleborn calling it quits in the comments below.