Fallout 76 is arguably the most painful item on this list. Fallout is a Bethesda franchise that has a very passionate fanbase who were excited to play a multiplayer Fallout experience, even if their favorite NPC’s wouldn’t be in the picture. Not only were these fans left extremely disappointed, with a lackluster gaming experience available at launch, but many of them got ripped off. Bethesda promised canvas bags for collectors editions, they lied and sent out nylon bags. They advertised a fancy dark rum to accompany the online Fallout in a frosted, post-apocalyptic looking bottle and fans who ordered the drink were met with a plastic shell that awkwardly held a smaller bottle within. Bethesda has removed content from the game that they added and received positive feedback on while their community of loyal fans who subscribed to Fallout First were getting trolled and harassed for their efforts. The most disturbing part of the whole Fallout 76 debacle has been Bethesda’s indifference to ripping off their most dedicated fans and it’ll be interesting to see how the studio rebounds. With the upcoming release of the delayed Wastelanders update coming to Fallout 76 in April, it’s possible that this game will earn its way in the next games saved by updates list but it isn’t looking likely.

Evolve started with a really awesome concept. One gamer begins a 1v4 match as an intimidating monster, while four characters struggle to survive the onslaught of the monster and vanquish it or outlast a timer. The characters known as hunters would have varying gear which would change up the gameplay and in some cases, they complimented each other. There were four classes in Evolve that would come together to defeat the Monster: the medic, support, trapper, and assault. Each of the classes had a role in the fight but many gamers didn’t focus on their role and the game never featured a role que like Overwatch does. Accompanying the varying classes of hunters are different types of monsters to choose from such as Gorgon, Behemoth, Wrait, Kraken and Goliath, with each featuring their own unique twists as well. Turtle Rock Studios’ first major project after the company split from Valve and although the community at launch was a decent size, it fell apart soon after. DLC released in packs that weren’t always part of the games season pass, which divided the community. The game launched with over forty DLC packs and things got even crazier from there. Though the game remains playable using peer-to-peer connections, the dedicated servers were taken offline in 2018 and Turtle Rock Studios officially gave up on their first major project. While the idea of a team of people coming together to overtake a monster continues in titles such as Friday the 13th, Evolve wasn’t saved with updates and ultimately fizzled out quicker than expected. 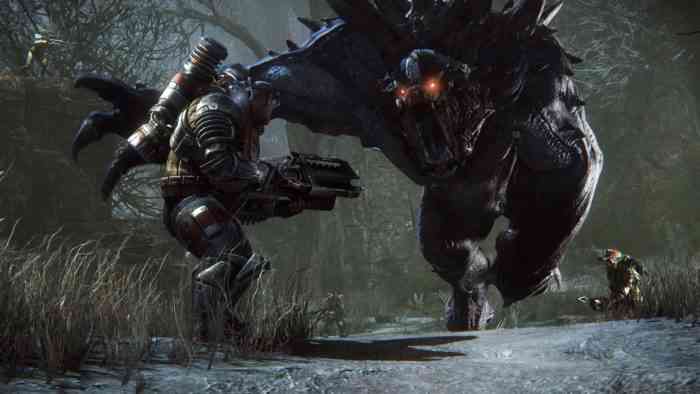