Last week, we told you how FPS game Evolve went completely free on PC and saw an almost immediate boost in its player numbers. Well, now we have tangible proof (via Gamespot) that the free model has indeed helped, as 2K and Turtle Rock Studios have announced that Evolve: Stage 2 has added one million new players since then.

Plus, to celebrate the success of the move, players can apparently claim Griffin’s Blood Eagle Hunter skin absolutely free as well. Cool! A free skin, free game, who can say no to that? To get the gift, just login to Evolve: Stage 2 any time up to July 18th at 10 AM PT. You’ll actually receive the skin after the event ends.

So just how successful has the change to a free-to-play model been for Evolve? Well, according to Steam Charts, the game went from 234 active players to 51,099 in the past month. Even when the game launched back in 2015 it only achieved 27,403 players. So the numbers don’t lie; the recent change has been huge. 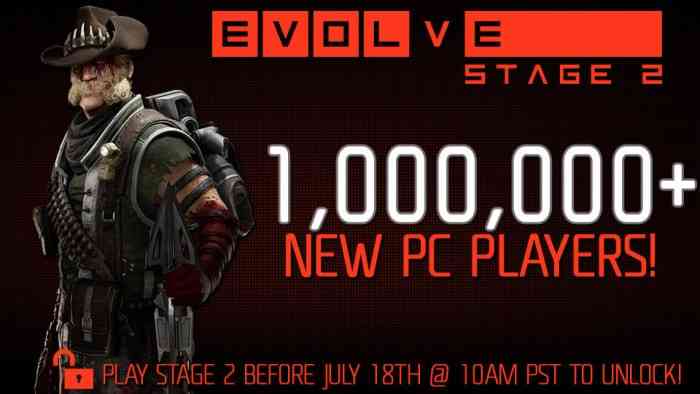 In case you haven’t heard, Evolve is now free on PC, and it is called Evolve:Stage 2. It doesn’t even have microtransactions – you unlock new hunters and other items by collecting keys as you play. By the way, those who did buy the game originally have been given a special “Founder” status, and Turtle Rock has vowed that they will continue to honour those early supporters with ongoing goodies and gifts.

Interested in checking the game out on PC? Click on this link. The game has been tweaked and improved a fair bit since its release, when we reviewed it, so with it being free there really is no downside to having a look!

Stay tuned right here to COGconnected for the latest on Evolve and the world of gaming!


These 10 Games Were NOT Saved By Updates

‘Evolve’ Servers Are Shutting Down In September