Games are all about loops – the core actions that the player takes during the game. By definition, these loops repeat as the game progresses. The key to making an enjoyable game lies in making these loops as fun as possible. While running and jumping in a Mario game is always satisfying, other games have less success. Evolve is one of those other games, where satisfying parts of the loop are derailed by unfortunate design choices.

In Evolve, a rag tag crew of interstellar hunters have been summoned to the distant world of Shear. Human colonies have been established far and wide in the galaxy, but Shear is in trouble – vicious monsters have started causing a ruckus, and the hunters are tasked with eliminating the threat. There are a few short cutscenes in the game to set up this main premise, but don’t expect much in the way of exposition. The characters spout one liners before a round begins, but there isn’t much variety – I was hearing repeats within the first hour. 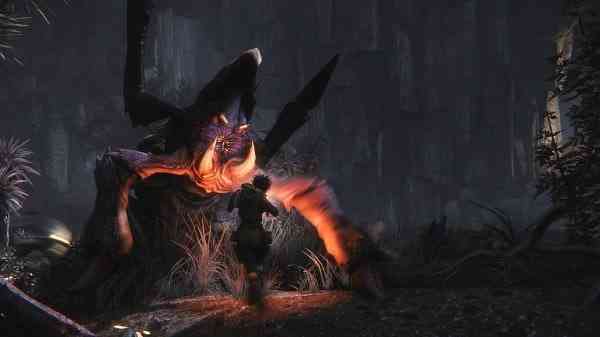 “… my definition of fun does not include holding forward on the stick for 5-10 minutes attempting to catch a monster that is much faster than me.”

Although there is a solo game option, the best chance to have fun with Evolve is the multiplayer game. A team of four hunters goes up against one human controlled monster in 1 of 4 essentially equivalent modes. In each, the monster avoids the hunters and eats wildlife, eventually allowing the monster to evolve and grow more powerful. Once the monster has levelled up bit, the hunter’s chances of success are dramatically decreased, so it behooves the hunters to track down the monster before that happens. This part of Evolve is maddening, because my definition of fun does not include holding forward on the stick for 5-10 minutes attempting to catch a monster that is much faster than me. Often, you’ll not see the monster at all until it’s already max level, at which point the team gets slaughtered. Sure, you can split up the group and try to cut off the monster, but that ignores the purpose of the hunter team and will likely get you killed. Shear is home to a vast array of man eating beasties outside of the giant monsters. Giant carnivorous plants and little ape creatures are all over the place, and straying from the group will result in your death, followed closely by the team.

Evolve ships with 12 hunters spread across 4 classes – Assault, Medic, Support, and Trapper. The assault characters pack heavy weaponry and a personal shield. Medics attempt to keep the team healed up and debuff the monster while Trappers are able to deploy an energy dome that keeps the monster from escaping. Each class, and the hunters within each class all play very differently: one of Evolve’s greatest strengths. For example among medics, Val possesses a health beam, while Lazarus does not, and the strategy of the whole team must adapt to the hunters being utilized. 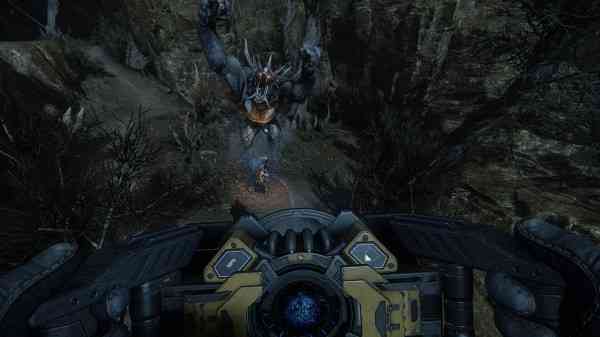 “Each class, and the hunters within each class all play very differently… and the strategy of the whole team must adapt to the hunters being utilized.”

Each of the 3 monsters have a vast array of abilities at their disposal, and typically it isn’t difficult  to avoid the hunters and level up quickly. After evolving to max level, the monster mops the floor with the hunters. Special abilities like the Wraith’s Supernova mow down the puny humans in no time. Needless to say, being the monster can be fun; It feels like taking control of a boss character from an RPG. Monsters can be vulnerable too though, especially to a skilled group of hunters.

Each class is vital to the hunter team’s success, which leads to Evolve’s main problem. All it takes is one person doing their job incorrectly to completely nerf the team’s effectiveness. If the Trapper doesn’t drop the dome, it’s near impossible to win. If the Assaulter doesn’t use their shield effectively, there’s little chance of success. You get the point. Hopping into a random match, it’s almost guaranteed that someone will blow it for the team. The game is too inflexible to allow players to compensate for the mistakes of others, and demands perfect performance from each hunter to achieve victory. It also seems that most people aren’t bothering to use a headset: This game NEEDS voice chat. Nothing is more frustrating than calling out for support or healing and watching the medic attempt to go one on one with the beast while the rest of the team is bleeding out. With a solid team, the game is immeasurably different. Chaos is replaced by careful planning and execution, and can result in an extreme sense of satisfaction. Most of the frustration disappears, and is replaced by a much more balanced experience. The point is, these experiences are more rare than I find tolerable. 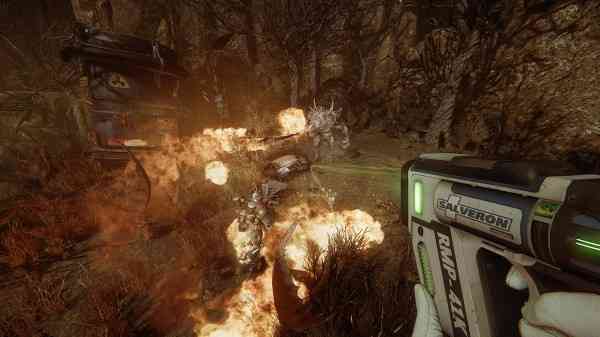 “Evolve is too inflexible to allow players to compensate for the mistakes of others, and demands perfect performance from each hunter to achieve victory. “

Obviously, all multiplayer games are better with friends. In Evolve, playing in a random group tends to turn a potentially unpredictable and exciting experience into a repetitive and uninteresting mess. Truthfully, being teamed up with a couple of bots in a random game is a relief – at least you can be sure they’ll do something resembling their assigned role. I know I’m making Evolve sound like the worst thing ever, but here’s the thing – it’s far from bad. It’s the frustrating and un-fun moments that knock it back into utter mediocrity.

On a positive note, gosh darn does Evolve look nice. CryEngine has always been a standout graphically, but Evolve looks and moves in particularly pleasing fashion. The variety among the  hunters and monsters is especially impressive, which each sporting a unique look. When a Goliath comes charging at you, it’s a genuinely terrifying thing, and it’s thanks to the fantastic design work Turtle Rock did with the monsters. The same cannot be said for the maps in the game unfortunately, which all look and play nearly identically. Imagine my surprise, when after hours of play I discovered that there are 12 maps in the game. I had thought there were around 3. I get that all the maps are on the same planet, but a little more variety in colour palette and map content would have made it feel less repetitive. That’s not to say they aren’t good – because they are, with plenty of areas that lend themselves to epic man vs. beast battles. 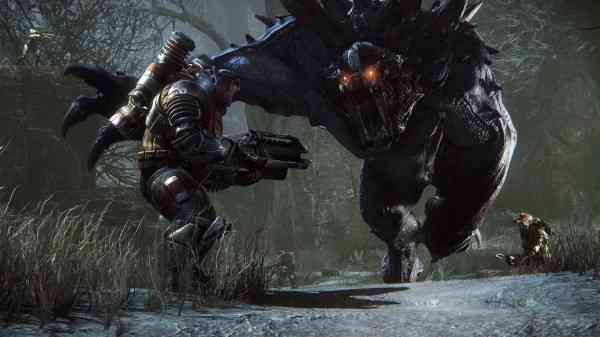 “On a positive note, gosh darn does Evolve look nice. CryEngine has always been a stand-out graphically.”

I’d be doing a disservice to our readers if I didn’t mention the technical issues present in the game. First, the balancing of classes is a mess at best. The Wraith monster is nigh untouchable if it reaches stage 3 of evolution – I’ve never seen such a beast be bested. Second, there are a wealth of bugs kicking around, most of which Turtle Rock has acknowledged on their support page, but none of which are game breaking. Finally, the process of getting into a game is absolutely glacial in pace. I timed it once: from hitting the title screen to hitting the battlefield took over five minutes. It loads, then it loads more, then you choose your classes, then it loads again, and finally forces a painfully long ‘air drop’ sequence on you. Every. Time. It’s agonizing.

Evolve was tough to review – a true rollercoaster of emotions. While it’s high points are among the most fun I’ve had in recent memory, its problems and low points ultimately win out. If you have a solid group of five you can count on to play with at all times, Evolve might be worth a look. With some balancing, I could even see Evolve becoming quite popular among the hardcore e-sports types. For the rest of us who just want to jump in and have some fun, I’d recommend looking elsewhere. 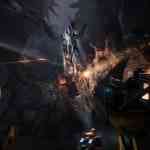 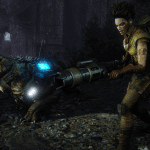 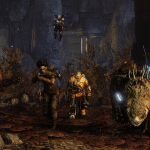 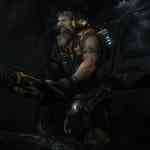 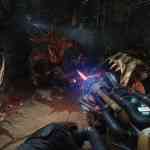 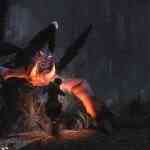 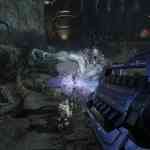