Grefg Is the Next Fortnite Icon Series Skin

Epic Games and Grefg Confirm the Next Icon Series Skin

During a recent Twitch stream that shattered concurrent viewership records, David “Grefg” Canovas Martinez showed off his upcoming reactive Fortnite Icon Series skin which comes with a harvesting tool and an emote. Martinez is a well-known Spanish Twitch streamer who joins Ninja, Loserfruit, and Lachlan as part of the Icon Series. Grefg joins the Fortnite roster on January 16th for Xbox One, Xbox Series X/S, PS4, PS5, Nintendo Switch, Android, PC, and Mac. 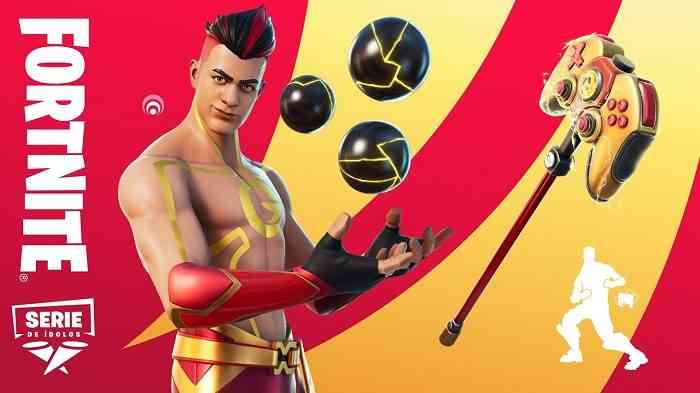 With the release of Grefg’s upcoming Fortnite Icon Series skin, he’ll be joining other streamers such as Ninja, Loserfruit, and Lachlan, and based on his hype during the recent Twitch stream, he can’t wait to join the game. Grefg’s skin is reactive and it turns red as players get kills with it, and the skin fittingly comes with a harvesting tool adorned with a gamepad, referring to Grefg’s preferred method of play. Finally, the bundle comes with an emote that revolves around the controller, though Grefg also showed off the first emote that he pitched which Epic Games denied.

Both Grefg and Epic Games teased the upcoming Fortnite Icon Series skin ahead of the recent Grefg Twitch stream, however, fans were only aware of a silhouette that may resemble the streamer. Some fans coloured in the shadowy figure to create their ideal Grefg Icon Series skin, but nobody predicted the harvesting tool or the cool new look that the skin takes when it reacts to gameplay.

Some Fortnite fans will be able to get their hands on the Grefg Icon Series skin ahead of time with an upcoming Floor Is Lava tournament that offers it as a reward. Will you be getting the Grefg skin or are you just waiting for the Ninja one to return to the Item Shop? Let us know in the comments below!

F.I.S.T: Forged In Shadow Torch is Free on the Epic Games Store
Next
The Medium Shows Off Ray Tracing and NVIDIA DLSS
Previous
Bethesda and Lucasfilm Games Are Taking on Indiana Jones