Fans of the popular streamer known as Kathleen ‘Loserfruit’ Belsten can now play as their favorite internet personality as part of the Icon Series. The Australian streamer joins Ninja in being immortalized in Epic Games’ popular battle royale game. Loserfruit’s skin was leaked ahead of time by a data miner known as Lucas7yoshi but fans can officially get their hands on the skin now. Loserfruit has over 1.4 million followers on Twitch and over 450,000 followers on Twitter and these fans can now play as her in Fortnite. Fortnite is available for free right now, as is the Loserfruit skin, on Xbox One, PS4, PC, mobile and Nintendo Switch. 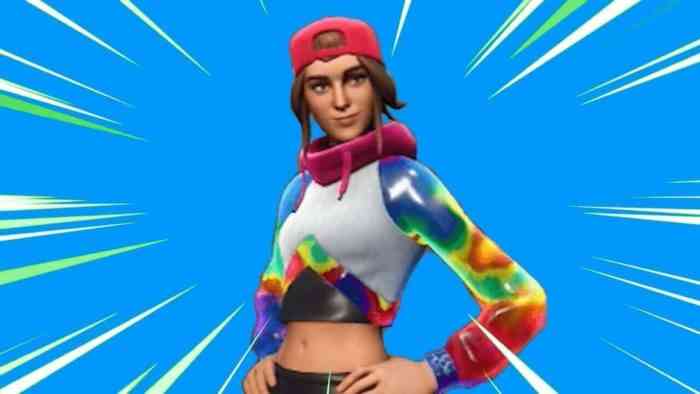 “FIRSTLY, thanks to Epic for creating such a colourful and beautiful looking skin and great full bundle. Thanks for all your hard work to make the game constantly evolve and exciting for players and creators,” said Loserfruit during a recent Instagram post. “And thank you for picking me to be apart of the icon series. I know there are A LOT of creators that have more subscribers and views. I have been reminded of that fact a lot this this week. But I’m glad to be the first female skin in the icon series, because let’s be real female Fortnite skins are what 90% of players use. Hope to see more females in icon series and more females in gaming industry in general, because I know there are a lot of girl gamers out there; I see you.”

“Being immortalized in a game is a dream for anyone and I feel forever grateful to be given the opportunity,” continued Loserfruit. “Seeing everyone run around as me and be super supportive of the launch is amazing. I’m very lucky. So thank you those who have cheered me on throughout the years and watched my videos and streams. Would not have this opportunity without you. And the skin definitely looks like me. I should know. Looks like me too much that it’s uncanny and trippy. Also hey to all the new people who haven’t heard of me until now.”

Will you be getting Fortnite’s Icon Series Loserfruit skin or are you waiting for the Grefg skin? Let us know in the comments below!