Way of the Witcher Coming to Gwent

CD Projekt Red has officially confirmed the next expansion coming to Gwent is known as “Way of the Witcher” and it will be joining the card battler on December 8th. The new expansion brings with it to Gwent 70 new cards themed around various Witcher schools; 10 specific to each of the game’s six factions, plus a further 10 neutral cards for use across all factions. Gwent is available for free right now on iOS, Android, and PC, while much of the Way of the Witcher content will also be free in December. 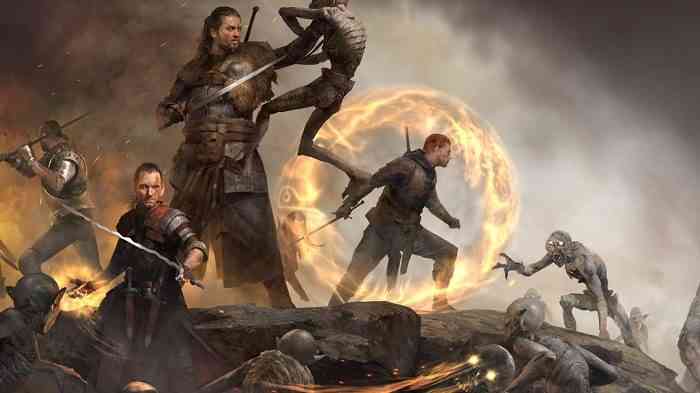 “In a world plagued by horrors and monstrosities, humanity desperately needed a new type of weapon to turn back the tide,” said CD Projekt Red in a recent post about Gwent: Way of the Witcher. “Created by ingenious Alzur, witchers (professional monster slayers of exceptional strength, speed, and agility) were tasked to end the threat once and for all… Some of them were destined to become the legendary heroes and protectors of humanity. Others the very thing they were supposed to fight.”

Way of the Witcher is bringing some new abilities and mechanics to Gwent, changing up the gameplay in some interesting ways. Adrenaline, for example, triggers once a set minimum number of cards are left in play, all of which are intended to offer “fresh synergies” out on the battlefield. CD Projekt Red is currently selling a variety of pre-order packs for Way of the Witcher which each includes a variety of additional Gwent items, cosmetics, and resources. This surge of Witcher content coming to Gwent is making it less of a fun side activity and more of its own fleshed-out experience.

Will you be playing Way of the Witcher in Gwent? Let us know in the comments below!


Fix Cyberpunk 2077 Yourself With These New Tools

Cyberpunk 2077 Faked Its 2018 E3 Trailer
Next
Remnant: From the Ashes Sells Over 2.5 Million Copies
Previous
No, You Shouldn’t Put PS5 Discs Into Your PS4