Okay, but What About Jaskier?

Last year’s debut of Netflix’s The Witcher took the internet by storm by combining a wonderful book and video game series with Henry Cavil’s wonderfully defined jaw. Since fans reached the final episode of the season, we have been waiting for its return. Production had to pause due to the COVID-19 pandemic, as many other productions have, but they have since resumed filming. There is not really any concrete timeline on when we can expect to see new episodes, but new photos from production are showing that they are ready to begin teasing us fans. 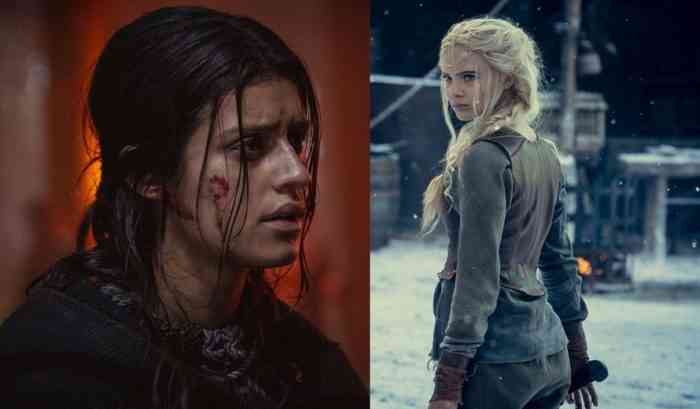 For the past few days, the Twitter account for the Netflix series has been showing us character photos of the three main characters: Geralt, Yennifer, and Ciri, and they all look to be in a bad way. Well, not Geralt. At least not any worse than usual. Each post has been captioned with a bit of poetry, alluding to what’s to come. We see Geralt in some new armor. His armor in season one was more scaled, but his new armor is more leathery. We also see Ciri, who was once a docile princess, now learning to fight. Last time we saw Yennifer, she seemingly disappears after unleashing a powerful burst of flame. Her images show that she may be captured and in some trouble.

His emotional shield
can ward off any charmer,
but his trusted sword he’ll wield,
will be matched with new armour. pic.twitter.com/Z7yA6kZjRH

Maybe during or at the end of the upcoming season we will see Ciri start resemble her scar-faced warrior-type, video game counterpart a little more closely. Hopefully, we will also get a little more information on the show’s prequel mini-series Blood Origin at some point.

What are you hoping for from The Witcher season 2? Let us know in the comments below.