Developers Behind Get Packed Talk About Google Stadia’s Performance

According to developers behind Get Packed, the Google Stadia’s performance enables their physics better than other consoles on the market right now. The developers talk about the accessibility of the platform and the ability for streamers to game with their viewers being a benefit to their indie title. Apparently the way Google Stadia performs game streaming allows the developers to maximize their in-game physics and maintain a level of performance not offered elsewhere. Get Packed is available for Google Stadia later this year, with potential releases for other platforms after a timed exclusivity deal. 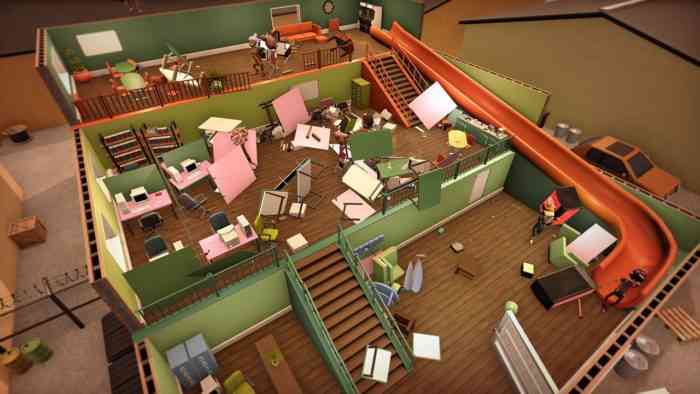 “Stadia offers a number of different opportunities that traditional consoles don’t. Like for example, Get Packed as a very heavy physics-based game can often be quite performance heavy,” said Marcus Gardner. “Being able to make use of the powerful Google servers to run these games and require people to only have a good Internet connection to run these games on maximum settings seems like a really good thing to do. So you can really see how far we can push the physics mechanics inside the game and make it look great at the same time.”

“That’s one of the big reasons, and also being able to have Get Packed streamed and have the streaming options for viewers and content creators using the YouTube platform. Features such as Crowd Play make it very easy for content creators to interact more with viewers and with the games video content market being so big and growing all the time, having those options available really can be very powerful,” continued Marcus Gardner. “It’s certainly been touted as perhaps a pioneering piece of gaming technology that could lead to the future of gaming and being part of that, right from the beginning, is very exciting.”

Will you be playing Get Packed on Google Stadia or waiting for it to land on another platform? Let us know in the comments below!

Camped Out, Couch Co-Op, Releasing Late September- PC, Switch
Next
Microsoft Flight Simulator Is Going to Take up Tons of Space on Your Hardrive
Previous
Mekko the Dolphin Joins the Bleeding Edge Roster