Developers Upstream Arcade have created a top-down shooter where gamers play as an undead cowboy with a flaming skull voiced by Ron Perlman. The Ghost Rider inspired cowboy, William Mason, has lost his memory in death as he explores Purgatory, Wyoming 1888. West of Dead was announced at X019 and it includes a cover system that allows gamers to approach enemies in a more tactical way than typical twin-stick shooters. West of Dead releases for the Nintendo Switch, PS4, PC, Xbox One and Game Pass for Xbox and PC. 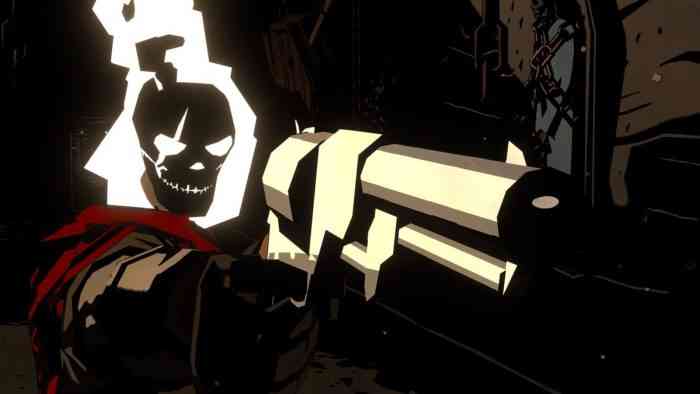 Gamers who are interested in West of Dead don’t have long to wait as Raw Fury announced they’ll be holding an open beta for it on Xbox One between today and November 25th. The game will also be available for Xbox and PC Game Pass on the day of release similar to The Outer Worlds. Gamers will explore procedurally generated levels that fill Upstream Arcade’s world of Purgatory. The dark look and feel of the game already nail the atmosphere but Ron Perlman’s narration gave us chills.

The cel-shaded graphics are far from the typical colourful games such as Borderlands or Breath of the Wild as the reveal of the game shows almost exclusively dark and gritty levels with flames sparking throughout. Lanterns and candles illuminate most indoor areas while outdoor areas have torches and, of course, the flaming skull of the protagonist to light the way. Even when William Mason escapes mines to trudge through swamps, the setting remains dark and gritty. The game will apparently include indigenous lore as William paid tribute to a shrine with a Texas longhorn skull and a corpse wearing a headdress behind it between green flames.

Are you excited for a twin-stick shooter with cover mechanics or is West of Dead a little too dark for you? Will you take Raw Fury up on the open beta or did something else from XO19 catch your eye? Let us know in the comments below!