Previously leaked in June, Ninja Theory’s Bleeding Edge was showcased at Xbox’s XO19 event with a release date of March 24th 2020. Creative Director Rahni Tucker, unveiled Bleeding Edge which is a 4v4 battle arena multiplayer game where gamers choose from one of several fighters to compete in arenas that are weaponized with environmental hazards like trains and electric fences. Each fighter can equip mods which are earned through gameplay to alter their abilities to suit each gamers’ play style. Xbox Game Pass subscribers can also pre-install the game on Xbox One and PC to try the beta when it releases. 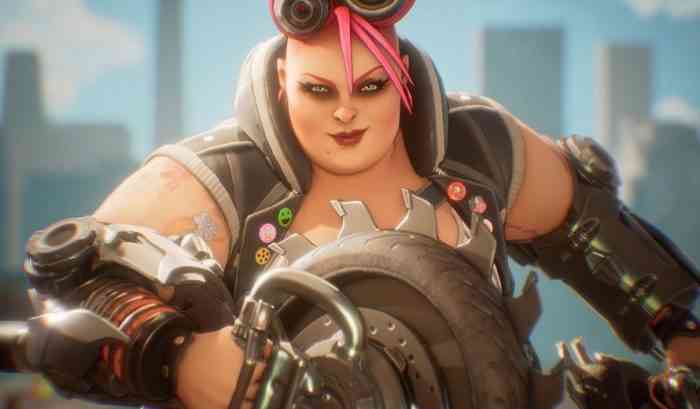 Gamers subscribed to Game Pass for Xbox or PC were treated with a number of announcements from XO19 with many of the biggest upcoming titles releasing on Game Pass day one, and Bleeding Edge is no exception. Contrary to Overwatch’s 6v6 map sizes, Ninja Theory’s Bleeding Edge trades long payload lines for tight arena deathmatches while including objective modes. The cast of characters is equally as diverse and quirky as games like Apex and the heroes offer their own unique abilities. Each fighter is part of either the Tank, Support or damage category and so far eleven fighters have been confirmed, including a death metal guitarist and a girl with a mech.

Pre-order bonuses for Bleeding Edge include Closed Beta access on February 14, 2020 and Punk Pack bonus in-game cosmetics. It’s likely the game will include microtransactions such as these cosmetic packs to make your characters look even cooler than they already do. Bleeding Edge is looking to fill the hero shooter void before the release of Overwatch 2 with colourful visuals and intense gameplay.

Which Bleeding Edge character do you think you’ll main and why? What other title showcased at XO19 are you excited for? Let us know in the comments below!


Slime Rancher 2 Comes to PC and Xbox in The Fall