After a successful if underwhelming outing in Mexico City last year, Microsoft’s revived X0 event series – a love letter to fans and the community according to Phil Spencer – rolls into London with X019. Games, games, games, fans, games continues to be the Xbox mantra. Did Inside Xbox deliver the goods? Let us know on Twitter! In case you missed it, here are the 5 biggest news pieces from the show.

Talk about unexpected! Wasting no time coming off the fantastic Outer Worlds, new Xbox studio Obsidian is bringing a whole new meaning to small scale survival with Grounded. After being shrunk down to ant size, it’s up to you and your friends to build, explore, and survive the terrors of the backyard. We played the game here at X019, and although it houses most of the tropes you’ve come to love/hate about survival titles, being incredibly tiny brings a fresh perspective to things… literally. We didn’t get much in the way of narrative during the demo, but I have a sneaking suspicion there’s a fair bit of room here for Obsidian’s trademark sarcastic whimsy. Grounded hits game preview in March 2020.

I expected nothing out of Rare for a while as Sea of Thieves continues to churn out content, but here it is! Looking something like Breath of the Wild crossed with Pokémon, we’re crazy interested in seeing more of Everwild.

Finally, DontNod partners up with Xbox to create Tell Me Why. A unique tale of closely connected twins trying to come to grips with the past. It looks interesting as heck, and features a playable transgender character developed with the help of GLAAD. Inclusion is a good thing, so we’re really looking forward to hearing more about this one! 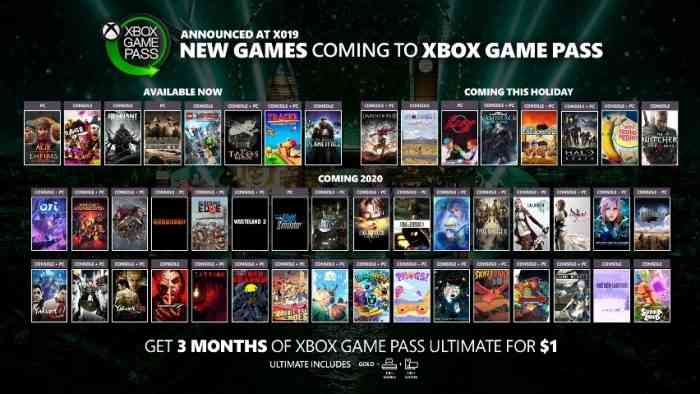 Listen, I was super skeptical of Game Pass initially. Surely there’d be no way Microsoft could keep the games pipeline full, right? Well they have, and they continue to do so with a rad list of titles coming to the service. Xbox Game Studios games of course, but other highlights include Rage 2 (out today!), the Final Fantasy series, and The Witcher 3: Wild Hunt.

What are your thoughts on Game Pass? Have you tried it out? Is it worth it? In our experience, the answer is a hearty “oh, hell yeah.”

Since launching into preview last month, gamers in the US, UK, and South Korea have been playing games totally untethered to a console. Today, those 4 titles turn into 50 from all genres. Players in regions like Canada, Japan, India, and Western Europe can look forward to the program expanding there soon, but in the meantime the xCloud team is focused dialling in the xCloud experience.

xCloud is coming to the PC real soon, and the team wants this to work on all your screens – including iOS devices. No word on release, but xCloud’s Catherine Gluckstein shared with us that xCloud is already running on iOS, and release is just a matter of sorting out the business side of things. In any case, the xCloud team is supremely confident in their approach, and with the experience they bring to the table, they are in a great spot to be the streaming service of choice for gamers. 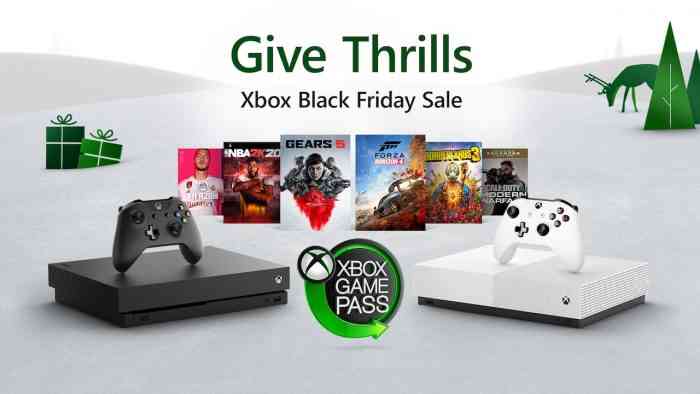 These deals are SPICY people. $150 off all Xbox One X hardware, making it $349 US for any of the existing bundles. Xbox One S hardware, meanwhile, is $100 off bringing it down to $149. Yeah, new hardware next year, but if you’re in the market for an Xbox console, the time is nigh to buy buy buy!

Halo Reaches Around on December 3