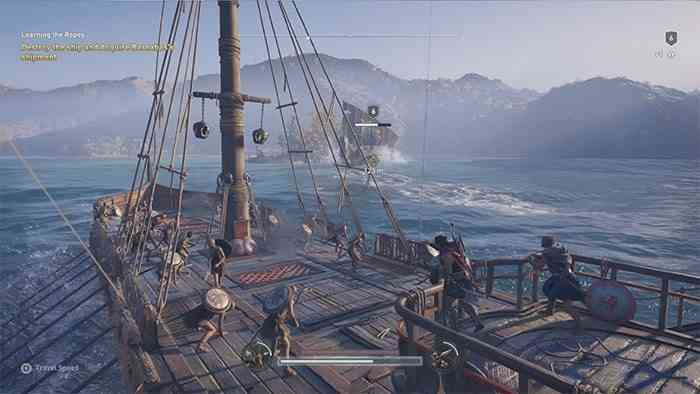 After the stellar success of Discovery Tour mode, it’s likely that the next Assassin’s Creed title will continue implementing the feature. Assassin’s Creed Odyssey’s life cycle is coming to an end but since launch it was amassed two big expansion packs which add to the open world and multiple free missions across several free updates. There’s also a story creator mode which adds to the potential educational value from the experience.

Apparently 1,300 students in History classes across Montreal have utilized the Assassin’s Creed Discovery Tour mode to improve their educational experience which makes us jealous that our teachers didn’t encourage gaming. The historical education value of gaming has been around for a while and it’s nice that Assassin’s Creed actively encourages gamers to play specifically for education. Teachers outside Montreal, take note!

According to Maxime Durand, the success of Discovery Tour has been “far, far beyond” what Ubisoft imagined. This has us thinking Ubisoft might implement similar modes in future titles such as Far Cry or Prince of Persia. Maybe the mode will actually inspire entirely new franchises that take off based on their historical accuracy and open world as Assassin’s Creed still has enjoyable combat mechanics for gamers who are looking for that experience.