Out with the old and in with the new is how games keep on going these days. As the seasons come and go, so too the seasonal events. In Fallout 76, one event is ending and another begins. The Fallout 76 Halloween event will begin on a very special date. Though Halloween is traditionally held on October 31st, The Mischief Night seasonal event will begin on October 29th. If you played Fallout 4, you may recall seeing a lot of Halloween decorations in the game. This was because the world was preparing for it when the bombs devastated the world. 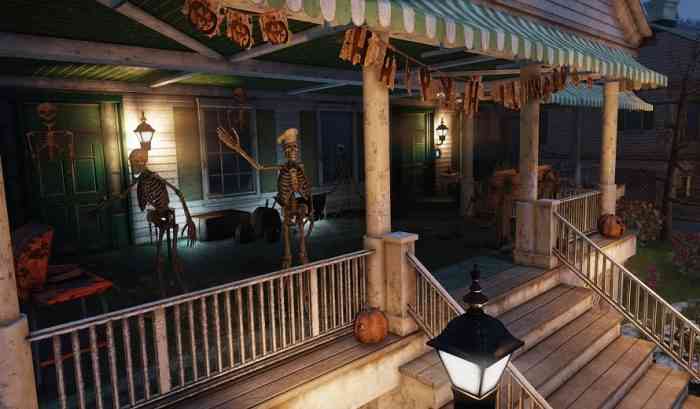 October 29th is when this year’s Halloween event will begin in Fallout 76. The Mischief Night event will be centered around an NPC called JES-2R (likely pronounced “Jester”), a eyebot who is all about the pranks. Players will be given missions by JES-2R where they will be creating some mischief on their behalf in Whitespring. Extra experience will be awarded for wearing the event clothing, but Whitespring Elite Security Force will be out to get you during the Mischief Nights, which begin every hour.

The current event, Project Clean Appalachia will end on October 23rd. It has a challenge called Take Out The Trash which called on all players to collectively kill 8 million Scorched enemies. So far, everyone has taken down a grand total of 21 million Scorched, so the Purveryor is holding a 25% off Legendary sale from October 17th – 21st. If that total reaches 35 million by October 14th, that sale will be slashed to 50% off. The Mischief Night event begins on October 29th.

Will you be taking part in the event? Let us know in the comments below.