Blizzard’s latest update to Overwatch is deemed a remaster of the game as the 8GB patch is balancing thirteen out of the thirty heroes in the game. The newest hero, Sigma, receives the biggest nerfs as his Kinetic Grasp no longer blocks Whip Shot and Chain Hook and his Experimental Barrier gets a cooldown and its regeneration rate is reduced. Other heroes receiving balancing changes are Tracer, Dva, Orisa, Roadhog, Baptiste, Mercy, Winston, Lucio, Symmetra, Doomfist, Sombra and Moira. The 8GB update is live on the PC test server and will roll out to Xbox One and PS4 soon and the update comes just in time for the Nintendo Switch release of Overwatch on October 15th. 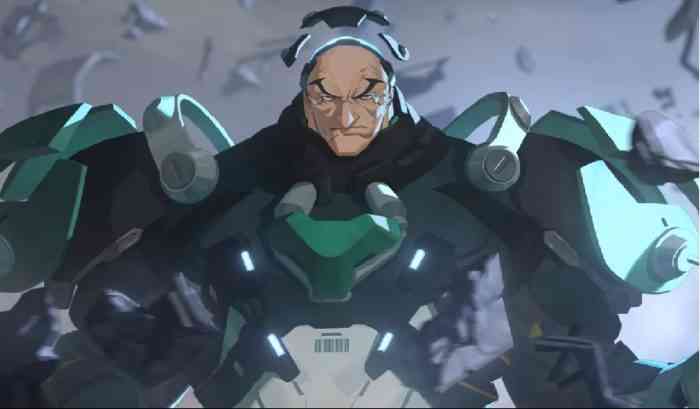 This 8GB update is likely the last big update before Overwatch is available on the Nintendo Switch, rebalancing problematic classes and changing the way the game is played as many previous changes have. Symmetra’s Photon Barrier receives a nerf, lasting 12 seconds instead of 15 seconds now and its health was reduced 1,000 health and her sentry turrets do reduced damage. Sombra’s Translocator cooldown was increased by two seconds but the cooldown now begins immediately after deploying the beacon or after it’s destroyed. The Cooldown for Orisa’s Protective Barrier was increased from 9 to 10 seconds. Baptiste’s Immortality Field gets a health decrease from 250 to 200 health. Lucio’s speed buff from Wall Riding was reduced from 40% to 30%. Sigma’s Gravitic Flux high gravity effect duration was reduced from 1.2 to 0.9 seconds but the initial cast time for his Experimental Barrier was removed despite the mentioned nerfs to it.

Mercy recieves a buff with the Remaster patch as the extra beams created in Valkyrie mode now ignore enemy barriers. Tracer’s damage fall off for her pulse pistols starts at 13 meters instead of 10, a buff that’ll increase her damage output. Dva’s Defense Matrix regeneration rate was increased to 16% from 12.5% and the delay before regeneration begins was lowered to 0.75 of a second from 1 second. Roadhog’s Scrap Gun gets an increase in ammunition from 5 to 6 rounds. Winston’ Barrier Projector duration was increased from 6 to 9 seconds and the damage it can absorb was increased to 700 from 600. Lucio’s Crossfade speed boost effect was increased from 20% to 25% while Amp It Up’s speed boost amplification increased from 50% to 60%, giving Lucio mains ways to increase their speed after the Wall Ride nerf. Moira’s Biotic Grasp self-healing reduced from 30 to 20 health per second. Doomfist gets a max charge increase from 1 to 1.4 seconds for his Rocket Punch and the shield health gained per hit was reduced from 35 to 30.

Who’s your favorite Overwatch hero? Did they receive a nerf or a buff with this Remaster update? Let us know in the comments below!

World of Warcraft: Dragonflight Made It Easy to Reach Level 60
Next
New Star Wars Jedi: Fallen Order Trailer Reveals Giant Bat Boss
Previous
Naughty Dog is Promising Everyone That The Last of Us Part 2 Will Run Perfectly on Older PS4s