Oh, Let’s Break(fast) It Down!

Prepare to make breakfast bumpin’ again with the potential release of Overwatch branded Lucio-Oh’s cereal, based on one of the musical character’s sprays from the game. 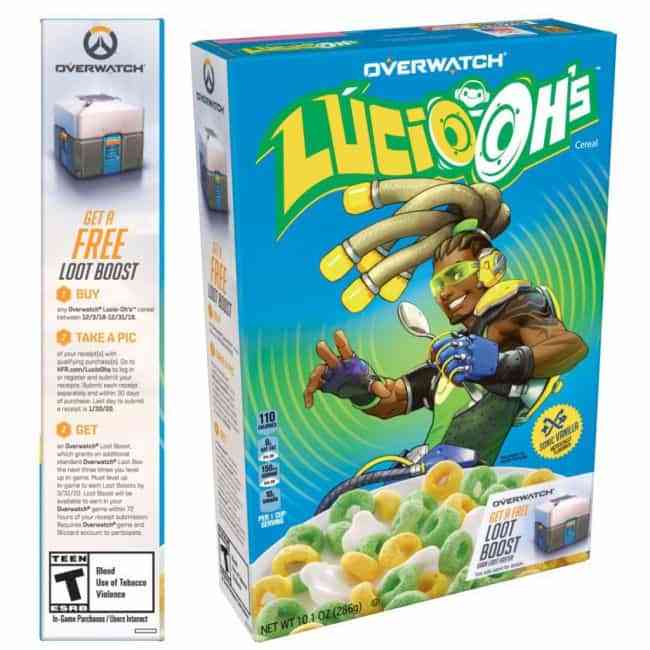 The sweet-tooths over at The Junk Food Aisle discovered the listing for the nutritious part of a branded breakfast on the One School Food Service website, which also indicate that the milk could drop as soon as October 30th. The Kellogg’s tie-in would include a free “loot boost” for those who purchase the breakfast cereal, and then jump through a series of hoops on the company’s website, an extra loot box upon leveling up.

Kellogg’s is no stranger to video game breakfast cereals, having worked with Nintendo on Pokemon cereals back at the heigh of Pokemania, and this past year’s Super Mario Odyssey cereal. Unfortunately they were only available in the United States of America (home of KrustyO’s) which will likely be the case with Lucio-Oh’s as well.

Overwatch is currently available on PC, PS4 and Xbox One. Let us know what you think of the new cereal in the comments, and keep it locked to COGconnected for all the latest gaming news!

Overwatch Has Been Optimized for Xbox Series X/S
Next
Save Me Mr. Tako! Has A Release Date
Previous
Resident Evil 2 Remake Footage Reveals The Licker