Save Me Mr. Tako! Has A Release Date

If you played a lot of Game Boy games when you were a kid, you’ll know the look of this one immediately. Save Me Mr. Tako! is coming to PC and the Nintendo Switch by the end of the month. Gaze upon this adorable game and rejoice! 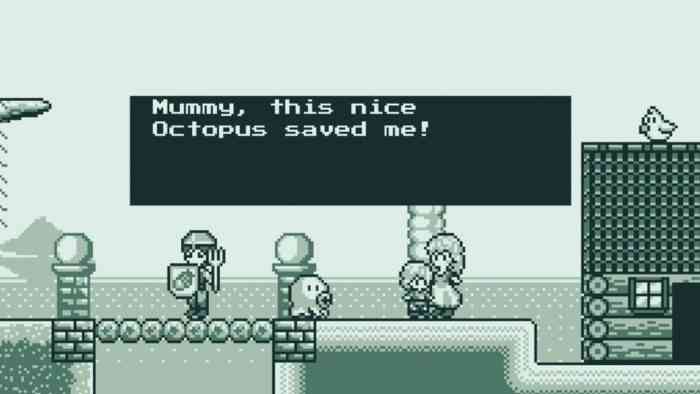 Mr. Tako’s story is that of octopuses and human beings at war. Tragic yes, but less so when everyone involved is this cute. The game appears to be an action platformer, much like the games of the era it so perfectly imitates. The graphics are so on point it awoke a nostalgia in me I didn’t know I even had.

The game has been in the works in one form or another ever since 2014, when the first demo was released. At long last, we will be able to dive into the world of Mr. Tako and his many, many hats. Like all indie games great and small, this one feels like a perfect fit for the Nintendo Switch. Save Me Mr. Tako! will be out on PC and the Nintendo Switch on October 30th. You can check out the release trailer embedded below. Godspeed, you tiny hero!