A new Star Wars Jedi: Fallen Order trailer that dropped on Thursday revealed the voice of the game’s main antagonist, The Second Sister, some more combat gameplay, and a big bat. Check it out below!

This upcoming Star Wars game will put players in the Force-sensitive boots of Jedi apprentice Cal Kestis when launches on November 15th for PC, PS4, and Xbox One. As the trailer implies, Cal is on a mission to restore the fallen Jedi Order after the Order and The Old Republic were overthrown by the Galactic Empire during the end of Episode III: Revenge of the Sith.

Cal will have to battle with the Empire’s stormtroopers and deadly Force-sensitive Inquisitors during the game, which has been described as Metroidvania-style game where players can explore open-ended environments on various planets. 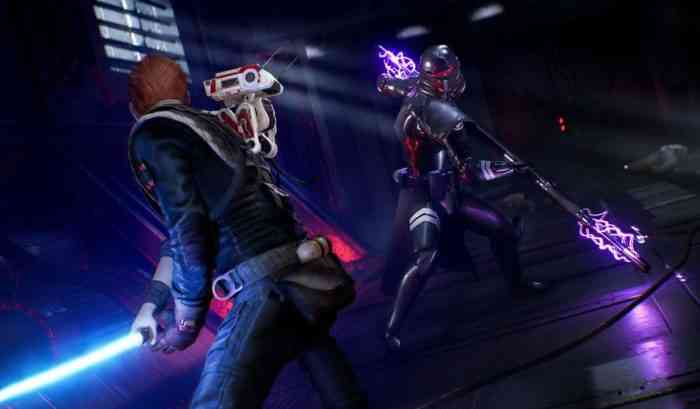 What did you think of this trailer? Does Cal seem like an interesting character based on what’s been revealed so far? Are you looking forward to Star Wars Jedi: Fallen Order? If so then which part of the game are you most excited for?

Go ahead and let us know your thoughts on the trailer in the comments section below the article.