To get a feather, you’ll need a trap. To make a trap, you’ll need wood. To get enough wood, you’re going to need an axe. You know this grind? It’s familiar to anyone who has played a CraftEmUp. From Minecraft to Subnautica to Stardew Valley, a crafting tree is a solid basis for a video game progression. Wytchwood is the game that dares to ask: what if crafting was the basis of telling a story? It turns that story is all about the execution.

In Wytchwod you are a witch. The player looks down on a semi-isometric world and navigates their witch protagonist as she walks in two dimensions. There are various biomes to explore to find materials with which you will craft the solution to many obstacles, mainly by doing spells. This part is pretty clever. It turns the whole tedious process of building bigger and better tools into a whole ‘eye of newt’ witchy potion thing. It’s a fun angle for a pretty overdone genre. 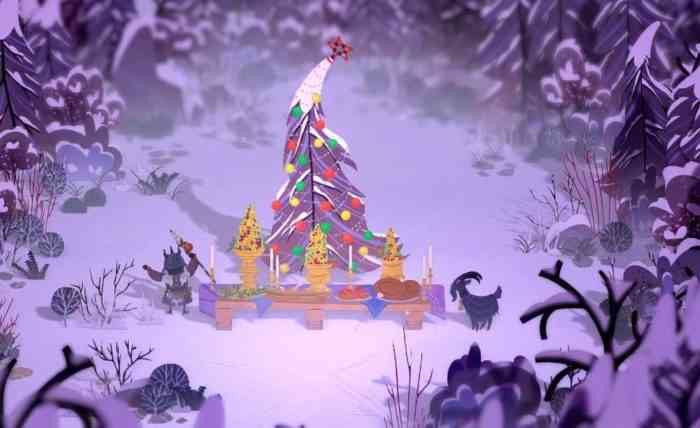 And the art style of these biomes is undeniably pretty gorgeous. From the autumnal color palette to the paper doll character models, one look at Wytchwood might be all you need to fall in love. The cartoony exaggerations mean that sometimes it’s hard to tell say, the difference between a dog and a raccoon, but that just contributes to the otherworldly and ephemeral feeling of witchiness.

Unfortunately, Wytchwood isn’t just an attractive world with a self-driven gameplay loop. This isn’t a game that really asks you to creatively build a base, or explore an enormous world. You progress through Wytchwood through a story and that story is one of the weakest elements of the game.

I appreciate that Wytchwood casts you as an old lady wearing a kettle on her head. There’s a fun idea for a video game protagonist that isn’t a dour dad wandering a wilderness. But then they come right out of the gate with the most overdone plot device in the short history of gaming: freaking amnesia! The witch forgets important elements of her life, and how to cast most spells and unfortunately, a goat (heavily implied to be Satan himself) has eaten the pages right out of your spellbook. 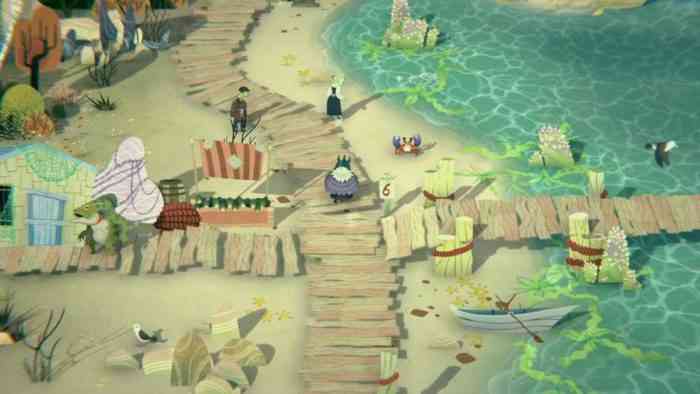 There’s a version of that story that’s fun, and not eye-roll inspiring. If you started to piece together tantalizing glimpses of who this witch was before the amnesia, maybe that would be compelling. But the entire thing is a tongue-in-cheek excuse for characters to vomit exposition at the player. The jokes in the dialogue are mostly a series of PG-rated insults, as the characters can’t seem to get along. It ultimately felt like the story was tacked on as a vague motivator for the gameplay, but it doesn’t really serve that purpose either.

In crafting games, you are often bored (or relaxed) for long periods of time before you are brought low by a sudden and unexpected danger. You pursue the answers to mysteries, make meaningful choices, and try to best prepare yourself for the dangers of the world. Wytchwood never feels all that dangerous or mysterious. It’s always clear where you need to go next; crafting ingredients all have clear biomes they belong to, so there’s never any doubt as to where you need to go next. 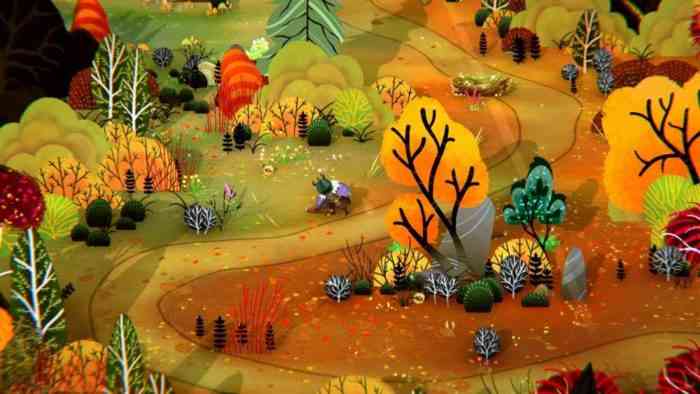 Danger is also severely lacking. You can get hurt true, but it rarely ever happens. Combat, as it were, is a very shallow system. There’s not a lot to it and the floaty way you take damage feels closer to a Lego game than a real challenge. You’ll spend most of the game avoiding damage, and then solving simple, clearly telegraphed puzzles. There’s no moment of panic as you hear a hiss before a creature explodes, or the dread of sinking to the sunless depths of a deep underwater cavern. There’s just a meandering checklist of stuff to get to get more stuff.

To be clear, there’s a lot of space in this world for gentle, low-impact games. Wytchwood isn’t a bad game because it’s easier than Dark Souls. Difficulty is not the only reason to play a game. But Wytchwood does let the player down with such a vague and uninteresting story. A game needs a hook, and this story ain’t it. Crafting games make me uniquely aware of how much time I am wasting by playing them. But in the end, I like to look back at the little work of art I made by building a house, or a city, or a space station. In Wytchwood I am just collecting ingredients because the game told me to collect those ingredients. It’s an attractive enough game, but it needs something else substantial.