Here we are coming at you once again with our monthly Big 5 feature where we breakdown the five biggest games releasing for next month. Last month we featured a pretty stellar line up with amazing exclusives Star Fox Zero, Quantum Break (REVIEW) and Ratchet and Clank (REVIEW) hitting Wii U, Xbox One and PS4 respectively. We saw the release of the punishing, and really, REALLY good, Dark Souls III (REVIEW). DiRT Rally (REVIEW) finally hit consoles after debuting on PC over a year ago and we shone the Indie Spotlight on Housemarque’s Alienation.

Well, we’re not quite at the summer drought yet and May is actually shaping up to be one of the biggest, if not the biggest month so far this year. We’ve got a couple of arena shooters facing off and the long awaited arrival of Nathan Drake on the PS4 on tap so that’s kind of a big deal. We’ve got a creepy indie game that scared the pants off players last year in our Indie Spotlight and with a month that is just so stacked up we’ve even got a special mention and an extra game just to make sure everything gets highlighted good and proper. Here we go! 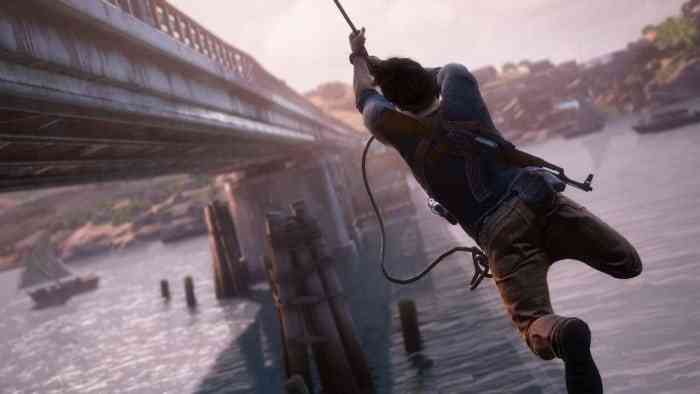 We’ve covered this arena shooter quite extensively in the lead up to its release on May 3rd. We travelled to 2K back in the beginning of March to get our first hands-on and also played through some of the Story Mode as well. That doesn’t even dive into all the hands-on time we got with the Beta as well. One thing remained consistent through all of our coverage and that was this; Battleborn is a super crazy hybrid of genres and it just works. While we’ll make our final judgement on the full game when it releases, we’re hopeful that this blend of shooter, MOBA, and RTS all-in-one will be just as good as what we’ve seen so far. We know that a lot of Gearbox fans are disappointed that Battleborn took time away from the development of Borderlands 3, but a change of pace for the team was probably a good thing. With news breaking that Gearbox will soon be moving back to development of Borderlands 3, all those sad fans can cheer up and give Battleborn a shot.

Blizzard takes a step away from World of Warcraft and Hearthstone to give Gearbox and 2K some arena shooter competition with Overwatch, coming to consoles and PC on May 24th. Unfortunately we haven’t had a chance to get our hands on this one nearly as much as Battleborn, but there’s no denying that the hype tug-of-war seems to be favoring Blizzard. Perhaps it was the now infamous butt pose that got everyone hyped up, but it’s more likely that the frantic gameplay and solid pedigree of the developer that really revved up that hype train. Get ready to face-off in high intensity 6v6 battles… are you ready?