Ratchet and Clank Review – Don’t Call it a Remaster, This is a Reinvigoration to the Franchise

Ratchet and Clank is like playing through a Pixar movie.

It’s probably the prettiest thing I’ve seen on my PlayStation 4 so far.

The most fun I’ve had platforming and shooting at things in a while.

These are just a few of the comments I heard in the past couple weeks from other journalists and friends as I played through Insomniac’s latest, Ratchet and Clank.  That’s lofty praise for a game that technically had two things counting against it right out of the gate; the dreaded movie tie-in, and the oft used and abused ‘remaster’ designation. Well, let’s clear that up… it’s a game, based on a movie, based on the original Ratchet and Clank from 2002 so it’s not technically a movie tie in. And don’t you dare call it a ‘remaster’… this is a re-imagining. The term remaster sells this game short in spades.

Many of you very likely remember the first game in the storied Ratchet and Clank franchise. Myself, I was involved in a snotty point in my existence where I thought myself above platformers and cartoony fun. I played RPGs almost exclusively. I was also an idiot, because when I played the original game a few years later I realized what I had been missing out on. It was a great introduction to two of the best characters in platforming. Fast forward 14 years later and this re-introduction is exactly what I’m going to use to show my kid the joys of platforming and shooting things.

“…don’t you dare call it a ‘remaster’… this is a re-imagining. The term remaster sells this game short in spades.”

As mentioned, this shiny new version of Ratchet and Clank is based on the upcoming movie that will release only a few short days after the game does. While a lot of people already know the original story well I want to be sure not to spoil for any newcomers to the gaming franchise, or to those who want to take in the movie. At its base you are Ratchet, a nerdy (he said it, not me) and also extremely talented Lombax, who along with the help of his robot pal, Clank are on a mission to save the Solana Galaxy from the evil Chairman Drek. Along the way you become a Galactic Ranger just like your hero Captain Qwark, who you come to find out is less super hero and more super pompous egomaniac. That’s the nutshell version and really all you need to know jumping in anyway. There’s additions to the narrative that weren’t in the original to add some more expanse to the movie and game but it all fits in very well.

The true stand out of Ratchet and Clank, the 2016 version, is its gameplay. There are only a few rare moments where it misses the mark, and they’re so rare in fact that I almost feel petty even mentioning them. As you progress through the game you’ll find that Insomniac has given you a liberal amount of weapons with which to cause chaos with. Alongside these weapons is what I would consider a very robust upgrade system where you use Raritanium to power up your weapons and gadgets a little bit at a time. Inflict damage with said weapons and more upgrade paths will appear for these weapons as they increase in level. It’s a very fluid system and the only thing holding it down is that I want to use them all at once. Stand outs include the return of the dance party inducing Groovitron and the Pixelizer, which does exactly what you think it would based on the name… and also explosions. It’s wonderful. 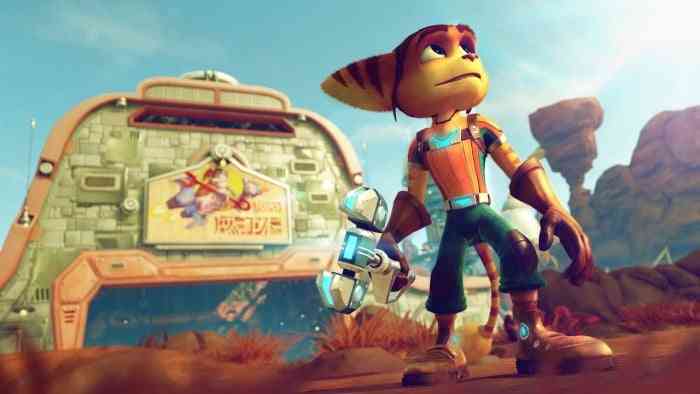 A couple of forced flying moments were less than stellar only because the flying felt awkward and very stiff. This isn’t where the game shines, but it’s also not really where the game was focused. For the most part they’re brief and serve only as a segue way to the next part of the story with more platformy-shooty goodness so I can forgive Insomniac for the lacklustre showing in the air combat department.

One of the more fun aspects of Ratchet and Clank is the Holocards that you can collect. Whether they come in the form of drops from killing enemies or if they’re found in packs in secret areas, they’re a really fun addition to the game. Not only do they serve as collector cards that give you history on the franchise they also give you ability perks as you complete the plethora of mini-sets in the collection. A small, yet addicting addition for the completionist in all of us.

“Insomniac has not only reinvigorated a fan favorite but they’ve done it in their signature style.”

High marks are to be given to Insomniac for their presentation from the visuals department right through to the audio. Cut scenes are indeed Pixar quality or better and in motion for gameplay, it stacks up and then some. Ratchet and Clank very likely has the most colorful palette of any game we’ve seen yet on the PS4 and while there is a fairly liberal dousing of motion blur when the action gets hectic, you can rest assured that it doesn’t take away from how stunning this game is. The audio department, battle sounds to the perfectly acted cast of characters, keeps up with everything else in perfect stride. Old characters and new have been brought to life with precision, they look amazing and sound just as good. A little star power is added to the mix with the talented Paul Giamatti voicing Chairman Drek, too. Presentation wise, this game really is the total package.

Whether you’re an old fan or a new one this is a great point to jump in for the first time or the fifth time to the Ratchet and Clank franchise. Insomniac has not only reinvigorated a fan favorite but they’ve done it in their signature style. Ratchet and Clank looks great, plays better and is a genuine can’t miss experience on your PlayStation 4. 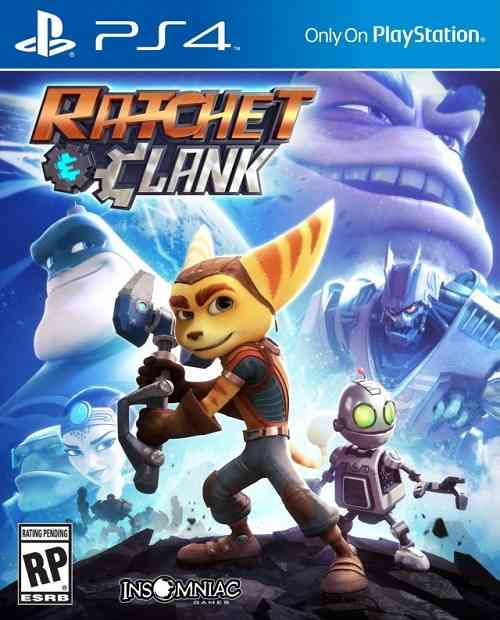