The last racing game I played prior to DiRT Rally was 2015’s Need for Speed title. Going into DiRT Rally, I assumed I would approach the racing the same way I did in Need for Speed. I was in for the shock of my life. DiRT Rally isn’t Need for Speed or even Forza. It’s the furthest thing from it. When I played my first race I was greeted by my co-pilot who would warn me about upcoming obstacles and turns. I didn’t think much of my co-pilot and thought I would just ignore him and navigate the track myself.

Little did I know that those directions are imperative to actually surviving a race since DiRT Rally doesn’t feature a map like other racers. Past games in the series have had more of an arcade racing style to them and DiRT Rally completely ditches that mindset. At its core, DiRT Rally is a game that oozes realism with its simulation driving style.

After failing my first race horribly, I jumped into the game’s tutorials. Now, I’ve always been the type of person who learns by practicing over and over again. Sadly one of DiRT Rally’s biggest issues is that it doesn’t feature a hands on driving school. Instead, the game opts for video tutorials. The game has a pretty in depth series of video tutorials explaining the driving concepts, but the game really needs a driving school. It took countless hours of watching YouTube, racing horribly, crashing into trees and rocks and flying off the track before I finally got a hang of how things worked in the game.

Everything impacts the way you approach a race: front wheel drive, rear wheel drive, weather, driving surface and tweaks made to your vehicle performance. The game’s realistic driving experience is one of DiRT Rally’s biggest strengths and weaknesses. DiRT Rally is a game that probably won’t appeal to a lot of casual gamers. DiRT Rally really feels like it’s been made for that core audience that loves realistic racing games like Gran Turismo. Casual fans may shy away from DiRT Rally due to the game’s steep learning curve and high level of frustration that ensues from failing over and over again.

“DiRT Rally is a game that probably won’t appeal to a lot of casual gamers. Dirt Rally really feels like it’s been made for that core audience that loves realistic racing games like Gran Turismo.”

While the game can get frustrating, it does a great job of encouraging you to keep progressing through the game. Even countless screw ups didn’t stop me from finishing strong in the rankings. I rarely finished last in an event and the game actually encourages you to not restart events. What’s also interesting is that damage carries over between race events. These features leave you with tough decisions between races since restarting races and repairing your car within the same event can result in time penalties.

These consequences create an adrenaline and tension filled racing experience. I would be driving at night only to smash into an obstacle, bust my headlights to the point where the road would be no longer illuminated. I would then be left with a dilemma, should I continue driving in the pitch dark and potentially drive off a cliff or should I restart and take the time penalty?  What you would typically blow off in other racing games, create quite a bit of excitement in DiRT Rally. Narrow tracks, rocks on the side of the road and even a crest curve pose huge hazards on the road. Every time my co-pilot shouted out “Be Brave” i would tense up at the thought of what lies ahead. 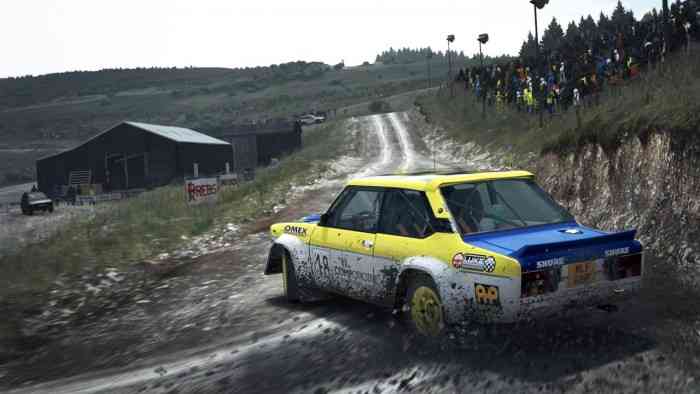 Aside from the racing is a fairly deep career mode that lets you micromanage your team. A racer is only as good as the people behind him or her. You can hire, fire members based on whether they are adding value to your team. As you complete races and events you earn credits that can be used to upgrade your car and team’s skills.

Apart from the career mode are hillclimbing and rallycross races. Hillclimbing lets you play the well-known Pike’s Peak, while rallycross sees you race against opponents at the same time. Both offer a nice diversion from the career, but these modes are hampered by limited track selection. DiRT Rally also offers online play allowing players to race head to head against one another in Rallycross races. Online play also offers up daily, weekly and monthly challenges and has the option for setting up leagues as well. 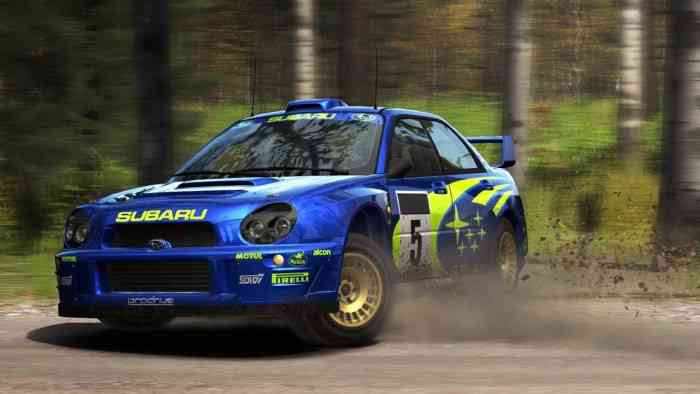 DiRT Rally runs at 60 frames per second on the PlayStation 4 and looks quite good. Cruising through the dense forests and Greek countryside look beautiful and believable and small little details like driving through a puddle of water show off the PlayStation 4’s power. The one blemish I did notice is that some of car models could look a bit more detailed. Some of the textures on the car looked a bit flat to me.

DiRT Rally is easily the most realistic racing game I have ever played. It punishes you for your mistakes, but at the same time encourages you to keep going. While it may scare away the more casual players, racing fans will surely find something to like here. 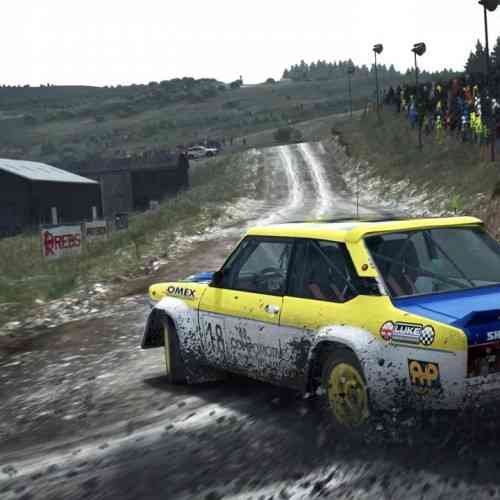 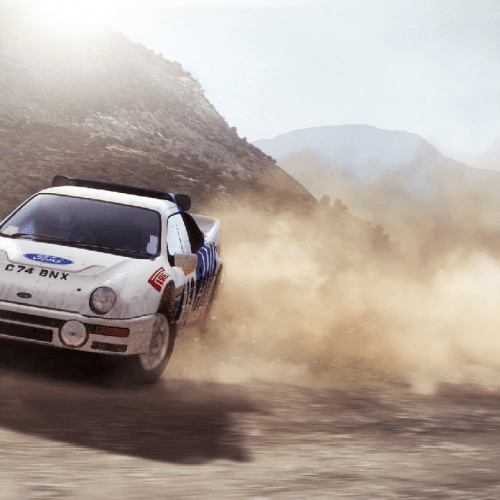 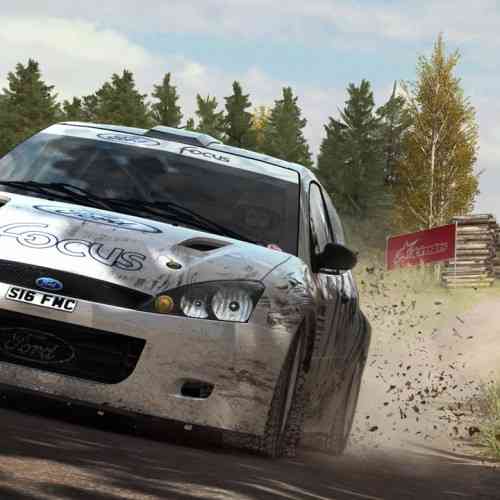 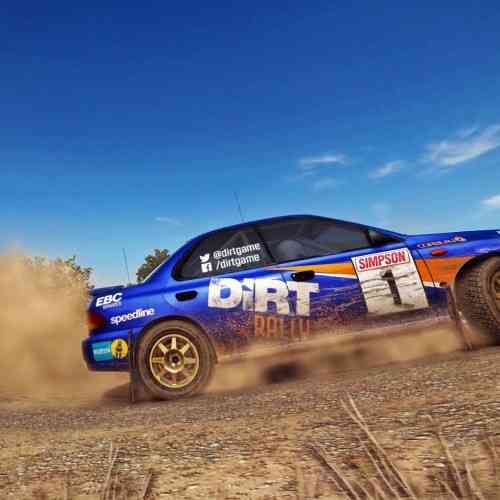 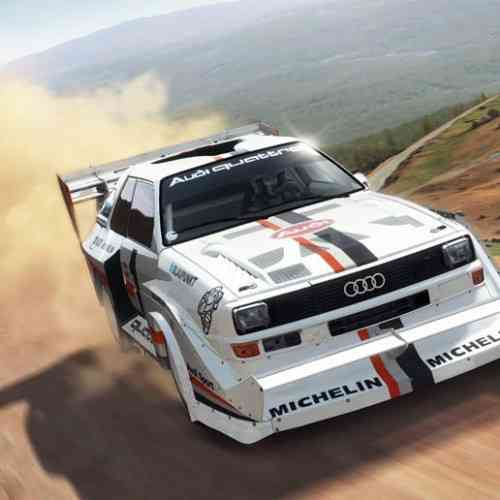 
Gran Turismo 7 May Be PS5 Exclusive

Need for Speed: Hot Pursuit Remastered Review – Beautiful & Rewarding
Next Stories: The Path of Destinies Review – 32 Ways to Die
Previous Ratchet and Clank Review – Don’t Call it a Remaster, This is a Reinvigoration to the Franchise