DiRT Rally Hands-On Preview – Could This Be The Best Rally Game Since 2004?

If you have ever dipped your toe into the world of Rally Racing “2004, Richard Burns and Rally” hold a special sway for you. If you are a rally racing neophyte, that was the last serious attempt to create a realistic rally sim racer. It was cross platform for the then state of the art consoles – the PS3 and XBox360, as well as a Windows version for PC. Richard Burns Rally has been judged one of the most difficult sim racers ever produced to master.

The game simulated classic and current, as of 2004, rally racing but a sequel was never developed as Richard Burns tragically passed away the following year from a brain tumour. Plus the developer, Warthog Games went broke. Even though the game was not released with the intention of being moddable, die hard sim rally racers persevered and have kept the game alive through annual updates. An effort born of passion and necessity as no other developer has attempted to pick up the baton.

Until, out of the blue, with no fanfare or prior media blitz on April 27, 2015 Codemasters put up an early release game on Steam called simply – Dirt Rally. Codemasters had given no inkling they were working on such a game. The game’s appearance and Codemasters’s proclamation that they were out to create a realistic rally racer caught everyone off guard – media and players alike and for good reason. Codemasters’s stable of racing games includes their F1 and Gridmaster games. Codemaster’s Dirt games have leaned toward the arcade side of things and include hyper-realized elements like Gymkhana where traditional autocross events are mixed with stunts such as reversals, 180 and 360 degree spins, parking boxes, figure 8s, and drifting. A Tony Hawk style game but with cars, if you will. Not the type of game that will be endorsed by purists.

“Codemasters touts the cars will have the most realistic physics possible and the response to that claim has been overwhelmingly positive.”

Codemaster must have been keeping an eye on Kickstartered games as well as the current outsourced funding champ of them all – Project Cars – and decided to take a different tack with this game. They have put out an alpha version of a rally game and have invited the community to help them refine and shape the game. Calling the gamer community that buys the game now, their “Co-driver”, Codemasters have pledged to provide regular updates based on user feedback who will in turn help test theories and provide vital data that will shape the true release version of the game.

Graphically the game is very impressive and features a variety of terrain from asphalt, gravel to ice. These environments come from three very different location and are made of 36 stages.  Locations include: Powys, Wales – mud; Monte Carlo, Monaco – ice; and Argolis, Greece – gravel.

The settings for all three environments looks fantastic with twisty roads plunging through forests, hugging mountain sides, or squeezing around walled or tunneled sections. You have a choice of 14 cars covering 6 classes of vehicles from which you can choose all drive train types; rear wheel, front wheel, or all wheel drive. From an Austin Mini to Volkswagens to Renaults to Citroens to Mitsubishi Lancers; there are cars to choose from today’s era back through previous decades all the way back to the 1960s. Each car is lovingly modeled and definitely handles with their own unique characteristics. 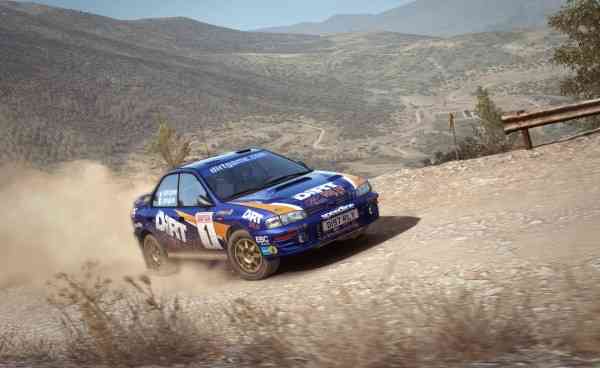 Codemasters touts the cars will have the most realistic physics possible and the response to that claim has been overwhelmingly positive. Car behaviour changes as the road surface does. The biggest area needed for improvement is in the Force Feedback(FFB) which is tough to do for a rally game from a technical perspective because of the nature of road rally racing. These races take place on heterogeneous road surfaces where the feedback to the driver is nonstop compared to what is required for paved ones. It is the biggest disconnect in the game right now as you power your car over the crest of a hill to catch air and then come crunching down without having any of those forces sent to the wheel. Otherwise realism is really good on the visual and audio levels with the vehicles sounding great and your co-driver shouting out navigational cues in a timely – and adjustable – manner.

Dirt Rally is off to a promising start but only time will tell how the final product will turn out. Is the game in its current state worth the asking price? Right now, only for the die-hard fans of rally racing. More casual fans will have to decide for themselves if they are willing to gamble and get in on the game at the ground floor. 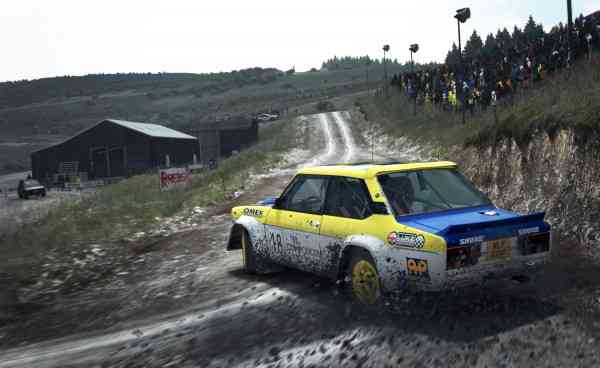 Codemaster plans to develop the game throughout the remainder of the year, adding more cars, tracks, and functions. If you are not sure about putting down money on raw game check out the web site link –  https://www.dirtgame.com/uk/home – where they encourage players to join up and become active participants. They have posted a timeline for 2015 and will initiate price increase along the way as new more enhanced versions are released culminating in the final product.

***A PC preview code was provided by the Publisher***