A game like Quantum Break is a rarity. Retail shelves and digital stores see tens, if not hundreds of new titles every month and when one of them pushes the boundaries of what we know then people take notice. When Remedy announced Quantum Break way back in 2013 it was almost immediately known that the game would be something special. The pedigree of Remedy Entertainment creating a game alongside the idea of an accompanying TV show was something that had never been tried before. To say that the bar was set high right out of the gate for this game is an understatement. I’m happy to be able to report that not only did it meet those high expectations, it very likely exceeded them. Does this mean that Quantum Break is without its issues? Absolutely not. What the game does right however, definitely outweighs anything it got wrong and the sheer ambition of this project has to count for something too.

In Quantum Break you are Jack Joyce (played by Shawn Ashmore) and you are in for one hell of a ride. You’ve been invited to Riverport University by your best friend Paul Serene (at 4am) to assist him with an experiment. This experiment isn’t exactly legal so working in the dead of night kind of makes sense. You very quickly find out that Paul, along with your eccentric brother William (Dominic Monaghan), has been working on a time machine and with Will going AWOL on the project Paul feels like you’re the only one he can trust. Inevitably there is a mishap and Jack is left with bizarre time bending powers that he doesn’t understand while frantically escaping armed soldiers. So begins Jack’s battle against the Monarch Corporation. This lays the groundwork for the story but how the story unfolds is up to you… more on that later.

“A good story has three parts; the beginning, the middle, and the twist. Remedy are master storytellers and never before have their skills been more on display than they are here.”

I heard a saying recently that came to mind when I was playing through Quantum Break. A good story has three parts; the beginning, the middle, and the twist. Remedy are master storytellers and never before have their skills been more on display than they are here. That twist you’re looking for? Present and accounted for. It’s fair to say that most players will be fully involved in the plot by the end of the first act and this is when they are presented with their first chance to navigate which way the story goes. At the end of each act you reach a Junction and are presented with a choice. This choice will have consequences in the following TV show and with how the game proceeds afterwards. While the game proceeds in a linear fashion based on the choices you make it will still be worth a second, if not third play through, to see what happens on the road not taken. What’s also worth keeping an eye out for are quantum ripples that when found in game result in little changes in the TV show. They are largely just fluff but a fun thing to find and watch for if you’re the completionist type. 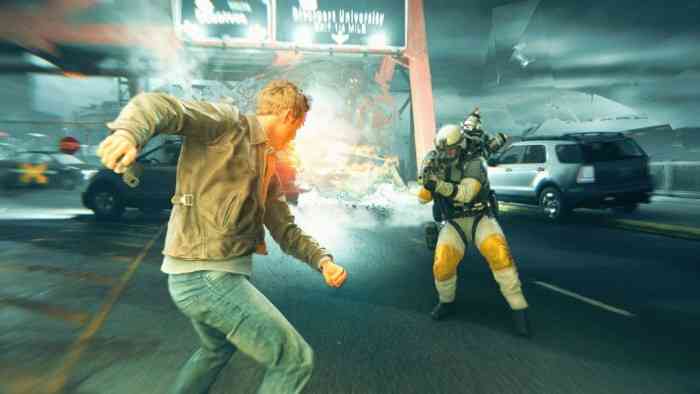 When you’re in the action of Quantum Break you are essentially following the hero side of the story. The TV show puts the camera on the villains and more secondary characters and really helps to influence your thoughts moving forward. It also helps to highlight the stellar cast that Remedy put together. Those with top billing like Ashmore and Gillen obviously do an impeccable job, but the supporting cast is just as good if not better. Lance Reddick as serious and stern Martin Hatch is a highlight but the stand outs for me were Marshall Allman as Charlie Wincott, and Courtney Hope as Beth Wilder. The show itself has a much higher production value than I expected too. I certainly expected it to be good but to find that it could stand with plenty of other primetime TV shows was a pleasant surprise. If I had to lodge a single complaint about the show it’s the fact that spending 20 to 30 minutes watching TV when you’re fully in the zone to play a game can be annoying. Still, this is what you sign up for when you buy the game so it’s not much of a complaint at all really.

“When the powers are flying and debris litters the air, strangely frozen in time, it creates some of the most beautiful chaos I’ve ever seen in a game.”

The plot and TV show aside, it wouldn’t matter much if the game play didn’t match up. Lucky for us it does with a mixture of fun skills and snappy gun play. Jack’s powers can be upgraded during the game by finding chronon sources and applying the points to his various skills. You’ll start out with simple things like a time dodge, time shield and time stop but can make them much more powerful as you progress. You’ll learn some more as well and when you start stacking these powers in the heat of battle it makes for some of the most chaotic gun fights I’ve had in a long time. Admittedly these mechanics aren’t necessarily anything we haven’t seen before in a different skin, but they’re implemented to perfection and make for exemplary game play. I did play the game through on normal as opposed to hard though and only truly felt challenged once or twice. When you face off against soldiers with similar powers to yours it takes the challenge up a notch but if you’re smart, it should be a fairly easy trek to the end game for you. One move that I found surprising was the fact that Jack automatically moves into cover without the need of a button prompt. This mechanic is highly intuitive and not once did it leave me hung out to dry. At times, Jack’s movement can feel a little stiff and awkward but this is really only in the rarest of times. 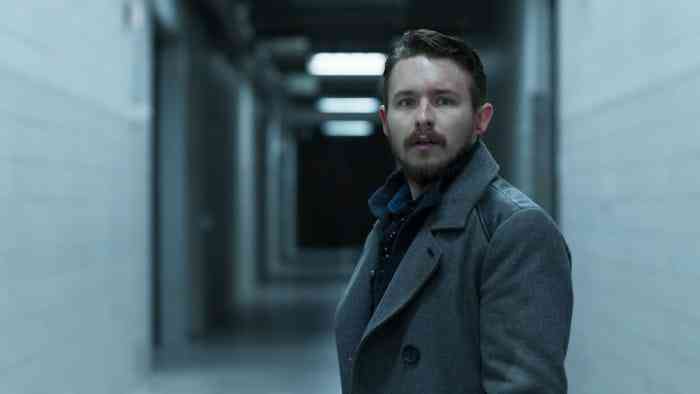 Much was made in the week or two up to release about the game running in 720p and the naysayers jumped on that news in droves. As the internet does, there was much hissing and virtual spitting but in the end the game doesn’t suffer at all. I’m sure Quantum Break looks exactly as the developer intended and that is fantastic. When the powers are flying and debris litters the air, strangely frozen in time, it creates some of the most beautiful chaos I’ve ever seen in a game. The first few times you get into a time warping fire fight it can admittedly be a bit overwhelming, but get a few shoot outs under your belt and you’ll be a pro level Time Lord in a hurry. Overall, I did catch a couple tears and had a few dead enemies clip into the odd spot but again, as with the other complaints I’ve raised so far, this was an extreme rarity.

One odd choice that really impacted me, because I chose to play with headphones on, is the sound they used for when Jack is stuck in what the game refers to as a stutter. You can be in these sections for good stretches at a time and the empty screech that blasted my ear holes became very, very trying to deal with. It might not be so noticeable without headphones of course, but it certainly stuck out to me. What also stuck out to me mind you, completely redeeming Remedy of their windy howl, was the licensed music they chose to use in spots. A great mix of newer artists and songs, a few of whom have already entered my Spotify collection, and older songs that we all know and love. Big shout out to Toto, because I too miss the rains down in Africa. 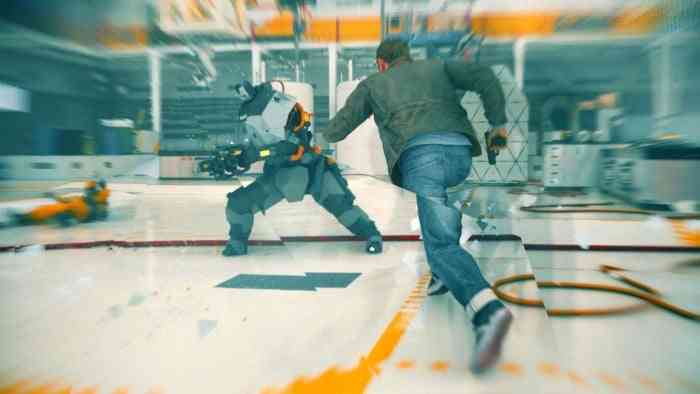 Remedy has crafted a fine game that blurs the line between interactive and sedentary entertainment. The ambition to combine the two into something that is more than just a novelty, but a new avenue into the way we play games is to be commended. I had such a good time playing Quantum Break that I would welcome many more games to fall in its footsteps. A truly all-star cast deftly leads you on a well scripted journey that you get to take control of, and the results speak for themselves. Quantum Break is a gorgeous piece of work and was well worth the wait. 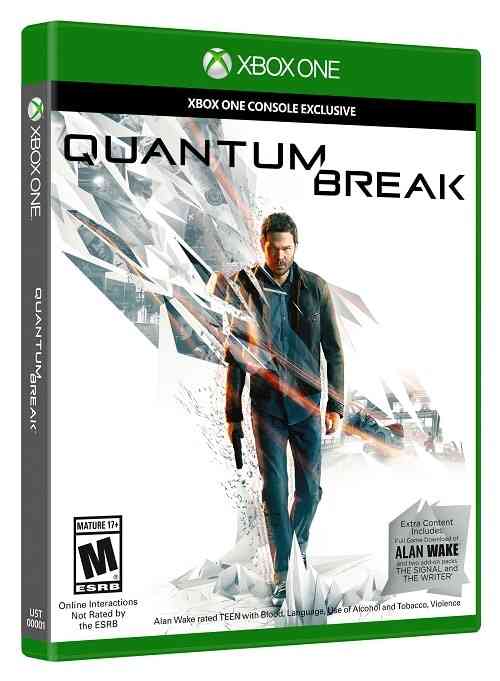