If you’re just joining us now, be sure to catch up first with ‘The Intro‘ and ‘The History‘ before jumping into the review of Persona 3 FES!

Upon booting up Persona 3 for the first time, you will see a video showcasing gameplay interspersed between gorgeous anime footage. There is really catchy J-pop/hip hop fusion playing, and the whole thing creates a tantalizing introduction to the game you’re about to play. If you wait 20 seconds, you’ll be treated to another, this time entirely animated video, which is created to be more of an anime series-like intro video, than a video game intro video. This video also has fantastic, catchy music, and sets a great starting tone, to what is a very vibrant, and very Japanese, game. This video reminded me of the intro to Serial Experiments: Lain, to give you anime fans an idea of its unique tone.

Once you begin the actual game, you are again, treated to a video. This opening establishes the game’s modern Japanese setting, creepy/ surreal tone, incredible soundtrack, and bizarre story. It immediately grabbed my attention, with its student freaking out about shooting herself in the face with a gun, and creepy night time Dark City-like happening.

The game’s plot is about an unnamed protagonist arriving at a new school, and a new dorm. This protagonist is unnamed and unvoiced, because he is meant to represent the Japanese everystudent, but since I am a large Caucasian, I chose to call him Makoto Yuki, which is his name in the excellent Persona 3 anime adaptation (this is what I will refer to him as from now on). Shortly after at arriving at his new dorm, Makoto is told by his dorm mates that every night at midnight, everyone in the world freezes for a period called “The Dark Hour”. Creatures they refer to as “shadows” roam the land, and a gigantic tower has risen where Makoto’s new high school should be. Most of the folks who don’t freeze during The Dark Hour have gathered at Makoto’s dorm, to try and investigate the mysterious tower, and see if they can discover why The Dark Hour occurs.

After a short period of time spent at the dorm, there is an attack during The Dark Hour, by a very powerful shadow. The team is caught off guard, and Makoto is forced into his first battle. After shooting himself in the face, Makoto awakens a Persona from inside of him, and successfully drives away the shadow attack. Afterwards, the team realizes that unlike the rest of them, who can only summon one Persona each, Makoto can summon multiple Personas. 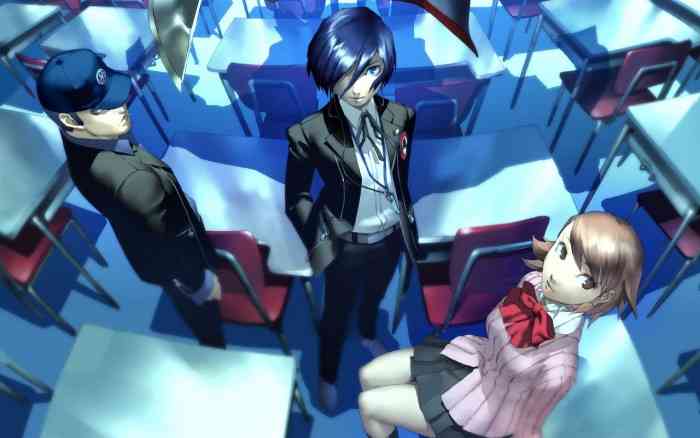 This intriguing set up leads to one of my favorite video game stories ever. There is some incredible imagination on display in Persona 3 FES’ plot, and I was constantly how amazed at how many new developments were laid out, and how many characters were introduced/explored. I don’t want to give too much more away, but I want readers to know that it genuinely, and intensely, moved me. I was left with a feeling I’ve gotten playing some story-driven games, where I felt like I was on a vacation, and after I got back, I had all these wonderful memories. The game’s ending/epilogue elevated the incredible experience I had with Persona 3, and brought it to the level of being one of my favorite games of all time.

The plot is a pretty ingenious vehicle for Persona 3 FES’ bizarre gameplay. Nights are spent exploring Tartarus, The Dark Hour’s labyrinthine tower, and the days are spent going to school, which makes the game a combination of dungeon-crawling JRPG and high school dating sim. Weird.

The tower you explore during The Dark Hour, has close to 300 floors, and they are all randomly generated. This was a bit of a turn off for me at first, but it creates a very unique exploring/ battling experience. Every 10 or so levels of the tower, there is a check point. The player does not know when they will arrive at this check point, but their progress up the tower is saved once the checkpoint is reached, and the player can warp back to the first floor. Most floors of the tower have a warp point back to the beginning, but their progress won’t be saved. This creates a sense of panic, because the player has to manage their resources, which are often stretched thin when the team is nearing the check point. Because it’s possible to avoid battles, I found myself usually avoiding them, but afraid because of how easy it is to die. 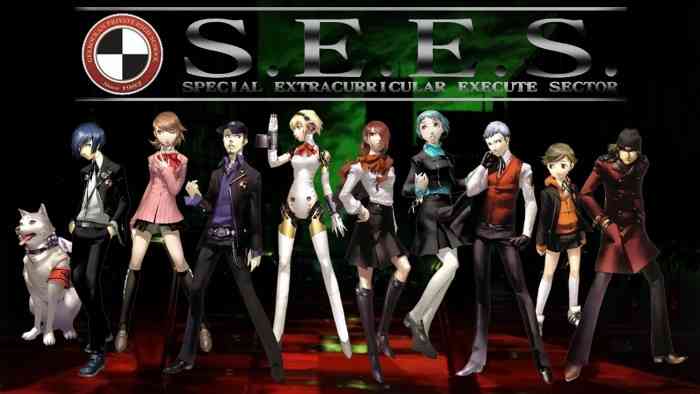 Maybe my biggest complaint about Persona 3 FES is that if your main character dies, you lose. There are insta-kill spells, which enemies can use early on in the game. They may only have a 20% chance of working, but it means potential game over out of nowhere. Although this can be very frustrating, if an hour of progress is lost, it adds to the fearful atmosphere the game’s creators obviously intended. Once you get in the late game, characters and Personas can be customized to prevent most unfair deaths, but I’m getting ahead of myself.

Combat is completely turn-based, and the order of attack is determined by an agility stat. Although the core of the gameplay is “I attack, you attack, I attack, etc.” there is plenty going on to make the combat system unique. Even before entering combat, the player has to engage shadows in combat by either attacking them before being seen, attacking them after being seen, or getting attacked first. Whether or not the player gets the jump on the enemy could be the difference between wiping out all monsters before they land a single hit, or the team being destroyed before landing a hit themselves.

The player only controls Makoto. All the other characters are AI-controlled, which I found annoying at first. 90% of the time they make the right choices, but in a game as difficult as Persona 3, you want to feel like it’s entirely your fault that you’re failing. There is a tactics menu, which can be used to give them guidance, and by the end of the game, you have enough tactics unlocked that AI stupidity is rarely an issue, but I would have just rather had full control over all characters. 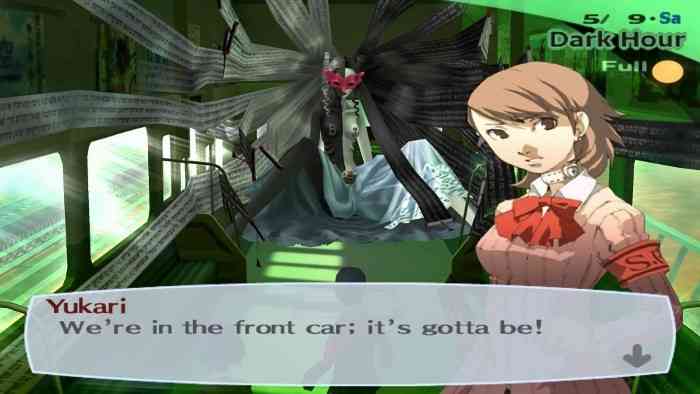 Elemental attacks are an important part of Persona 3 FES’ combat system. There are fire, ice, lightning, wind, light, dark, slash, strike, and pierce “elements”. Every player, Persona, and enemy has different resistances to these elements; they could either completely nullify that element, be resistant to it, be weak against it, or be stronger attacking with it. As I said before, Makoto can switch Personas, and can do so once each turn in combat, and having the right Persona equipped, for even the most trivial seeming battles, is the difference between victory and death. If the player hits an enemy with an element they’re weak to, it knocks them down and they player gets another turn. If a character does this to multiple enemies, they can chain attacks. And if the team knocks down all enemies, then they get to perform an extra powerful group attack on the entire field.

Click on thru to page two to continue the review…

Kao The Kangaroo Review – It’s a Knockout
Next The Big 5 – The Five Biggest Games of May 2016
Previous Stop Ruining Things: A Commentary on Free Speech