Old World Is Now Out on Steam

Old World came out last July as an Epic store exclusive. Thankfully for fans, that exclusivity has just ended. The strategy game is now available on Steam and GOG. Its availability comes with a 10% discount as well as a free DLC if players get it in the next fortnight.

It has received positive reviews since its release to the gaming community. Many players felt like Old World was a step forward for the 4X game genre due to its inventive and smart design decisions. 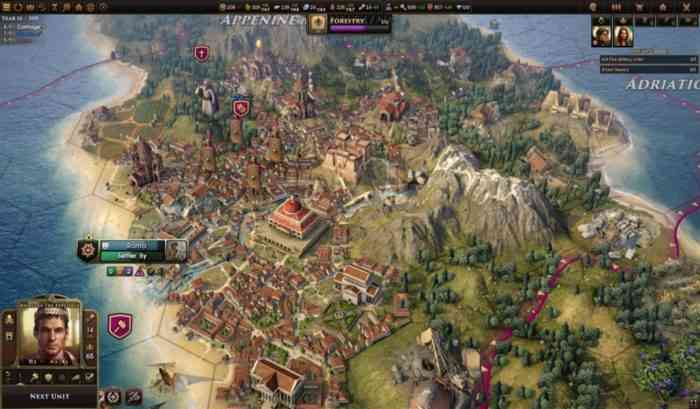 As mentioned, its Steam release comes alongside a DLC that devs put in for free. DLC Heroes of the Aegean brings a variety of leaders and warriors from Ancient Greece. With these characters, Old World players can “lead Athens to victory in the Battle of Marathon, defend Greece from a Persian invasion as Leonidas and his 300 Spartans, and conquer the Hellenic world as Alexander the Great himself.”

It will also bring six free form scenarios from 200 years of Hellenic history. Examples of which are conquering Greece as Macedonia with Philip II and the Battle of Thermopylae. Furthermore, the free DLC also introduces the new Hittite faction.

Basically, Old World fans will have the task of leading an empire through multiple generations. They will need to come up with their own historical dynasty of leaders. Apparently, the key is not to try to win. To avoid getting confused, it is best for players to follow their intuition when they make decisions.

Mohawk Games and Designer Soren Johnson reportedly reconsidered different 4X systems. According to multiple reports, their intention was to streamline their approach without sacrificing complexity. Old World is one of the best games that represent the established 4X genre well. In the gaming market today, the 4X genre is one of the PC industry’s quietly vibrant spaces. The game shakes things up a little, but achieves great results.