4x strategy games have always had a reputation for being dense and complex, the purview of smarty-pants gamers with a lot of time on their hands, with a fondness for arcane rules and a tolerance for awkward interfaces. Hyperbole, certainly, but there’s some truth to the cliche, which is why the Civilization series of games has kept pushing its mechanics and graphics closer and closer to mainstream appeal.

Coming from the mind of Soren Johnson, co-creator of Civ IV, Old World is a strategy game with a far narrower scope than the recent Civilization games, and introduces quite a few new ideas to what has been a relatively conservative genre.

Old World doesn’t concern itself with guiding a civilization from stone tools to galactic exploration. Instead, it aims its microscope on a couple of hundred years of the European Iron Age, a time when a number of important cultures were at the height of their influence and power. Because Old World has an important family dynasty mechanic, players begin with iconic leaders from Assyria, Babylonia, Carthage, Egypt, Greece, Persia, or Rome, each one naturally providing specific unique boosts to military or agricultural technology, learning, culture, religion, diplomacy but also each one being deficient in one way or another. Being entirely Euro-centric, players looking for Asian or Celtic civilizations will be disappointed, though I can certainly see those being added later.

Players familiar with games like Civilization will certainly recognize that the core of Old World is very much part of that tradition, including the tile-based map with its shrouding fog of war and the way in which units are represented, technologies develop or cities are founded and grow. Old World is about building a culture, influence, and geographic reach through evolving technology, military force, and diplomacy with ultimate victory being tied to the highest number of points after a set number of 200 turns, or the completion of “ambitions.” Layered on top of the traditional 4x foundation are a number of mechanics focused on the evolving family and relationships of the civilization’s ruler and his or her spouse and progeny, which might seem familiar to fans of the Crusader Kings franchise. This meta-game is mostly played out through a series of pop-ups and story beats that involve making choices and decisions around interpersonal goings on between one culture and another, but the consequences trickle down into the strategy layer as well by influencing the Legitimacy score, which in turn dictates how many orders per turn are available. 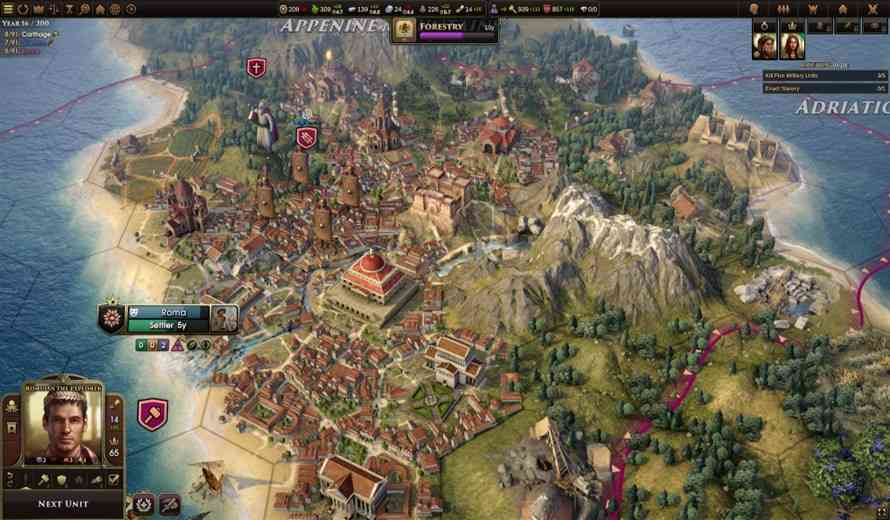 The new orders mechanic is one of Old World’s most notable departures from the Civilization template. Orders, which are tied to Legitimacy, are actions per turn that are not proscribed in they way players might expect, but instead can be used very flexibly to move units multiple times, for example, or focus entirely on military actions at the expense of everything else. In addition to disrupting the feeling that every turn has the same rhythm as every other, it adds an intriguing layer of evolving strategy. Old World also includes a number of narrative special events and these often have significant impact on game play. Special events include everything from stumbling across a new, undiscovered technology to the unexpected illness or injury of a ruler. With thousands of potential special events, it is likely that players will never seen games play out exactly the same way twice.

Old World is obviously the product of smart people with a lot of experience in the genre, but they seem to have forgotten that not everyone will come to the game versed in 4x strategy games, because it does an absolutely terrible job of being welcoming to newcomers. Although there are tooltips a-plenty, there are no dedicated tutorial missions and the UI is dense, cluttered, filled with jargon, and presumes the player has the patience and willingness to research the how and why of many mechanics. It is, in short, intimidating in the way developers have sort of pulled away from in recent 4X games. Aside from the disorganized UI, the game’s muted color palette adds to the feeling of dusty detachment, although the character portraits add a bit of color and personality. The musical score by Christopher Tin is unassailably excellent and there’s even a mechanic that opens more of it during the game. Old World also excels at options for just about every aspect of play. Both the single player game and multiplayer are very customizable and there is an excellent and easy to use map editor, which is always welcome. 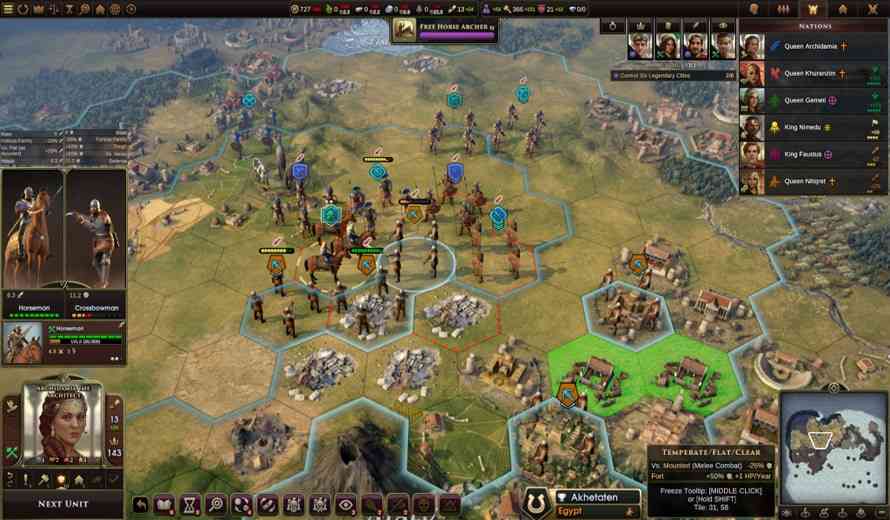 Old World clearly shows its origins, coming from a small team of developers intimately connected with 4x strategy games. It adds several new mechanics to an established genre, some of which are clearly brilliant and others that seem less significant. Old World succeeds in giving genre fans a clear alternative to their favorite games, but it seems unconcerned with welcoming the uninitiated, thanks to a fussy interface, lack of patient tutorials, and a focus on a fairly narrow slice of history and culture. Fundamentally, Old World both honors a tradition and gently pushes it forward.

**PC code provided by the publisher for review** 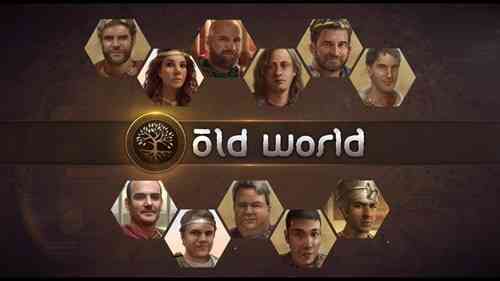