Whether we’re hardcore competitive gamers or just an average user, peripherals and input devices have a significant impact on comfort and the overall experience we have with technology. After all, most of us spent hours a day gaming, working, or using our devices as creative tools. In the best-case scenario, our keyboards and mice become ergonomic extensions of our hands (and brains) and we never notice them. Worst case, they become objects of frustration and actively impede our work or gaming. I had the chance to test drive the Cooler Master SK622 Bluetooth keyboard and the MM720 gaming mouse (Sold separately). Did they fit like a glove or chafe at my tender tech gear sensibilities?

Weighing in at only 49 grams, the MM720 has several unique design features that both make it stand out aesthetically and ergonomically. The first thing you’ll notice is how incredibly feather-light the MM720 is, yet it doesn’t feel cheap or poorly constructed. It’s made of ABS plastic with a striking, weight-saving honeycomb design that of course looks very cool when illuminated from within by its programmable RGB lights. My competitive shooter and e-Sport RTS days are long behind me, but for everyday gaming, video editing and web surfing the MM720 is quick, responsive, and programmable thanks to the Master Plus software (a bit more on that later). And that weight makes my Logitech MX Master mouse feel like a semi stuck in the mud by comparison. 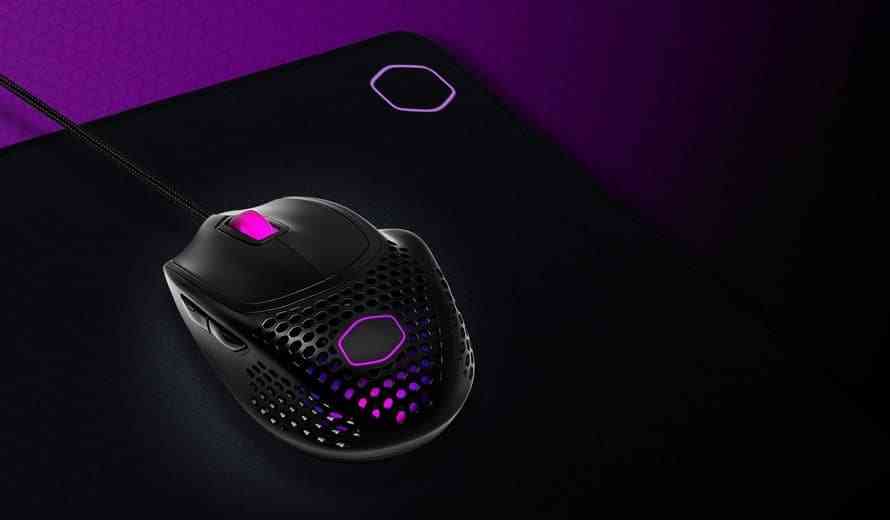 But there’s a caveat, and it isn’t insignificant. Master Cooler went with a design that favors the “claw grip” and if that isn’t your jam (or you’re not right-handed), you might need some time adjusting. The claw grip is one that arches the hand with the index and middle fingertips touching the controls. Made with wide hands in mind, the MM720 can take some getting used to with smaller hands and I actually found it more comfortable to use with a more traditional palm grip (though it leaves your thumb resting on the mousepad). Most claw-grip mice are designed to be ambidextrous, but the MM720 has gone all-in on its right-hand orientation and provides a third finger rest that feels pretty natural. Although I love that the MM720 almost disappears due to its lightweight, it is less flexible than some mice when it comes to finding just the right fit and grip.

This is not a mouse with a large array of programmable buttons but then, that isn’t the main purpose of this device, which is focused on speedy gaming and long-term comfort. It has an outstanding, fabric-covered cable that is tangle resistant, and I guess it might be worth restating that is a wired-only mouse, so there’s no option to pull the cord and use it wirelessly. It is, however, water-resistant. I do worry a little about that open honeycomb design being an unwitting magnet for stray food and dirt particles, although whatever Doritos crumbs fall through the cracks shouldn’t impact performance. 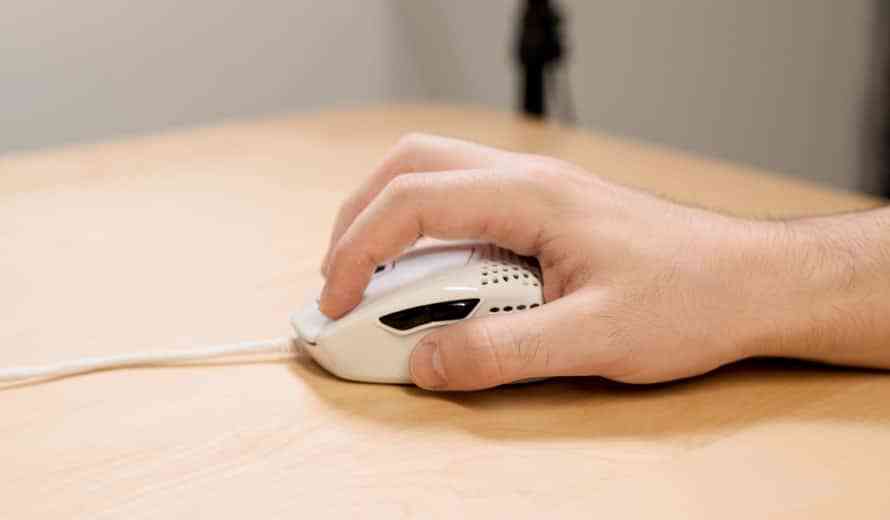 Like the MM720, the SK622 keyboard is a distinctive piece of gear that strives to cram as much functionality as possible into a 60%-sized form factor. This is a keyboard meant to aesthetically complement minimalist setups as well as being small and portable enough for use with mobile gear. It can simultaneously pair with up to three Bluetooth devices, allowing a seamless transition between your laptop and tablet without pausing to re-pair. It is compatible with both Mac and Windows PCs (as well as iOS and Android tablets) and while most of the keys have several functions in order to save space, they are highly customizable via the Master Plus software.

The keyboard rests in a solid-feeling aluminum case with full-sized, low-profile mechanical keys that are responsive, feel great and produce just enough satisfying aural feedback without being annoyingly loud. Of course there are tradeoffs when downsizing a full size keyboard into a smaller package. Many keys have three functions, there is no numeric keypad, and although the keys themselves are full size I found that there was a subtle psychological effect of feeling a bit cramped. I suspect this would go away in time as new muscle memories took over. Although the keyboard feels very stable and solid when using the extended feet, there is a very slight back-and-forth rock and potential tendency to tip towards the sides when the unit is flat on a desktop and weight or pressure is applied to the edges. It isn’t egregious, but some users might be bothered. The SK622 feels balanced between being light enough to toss into a suitcase or backpack and substantial enough to be your everyday desktop driver. 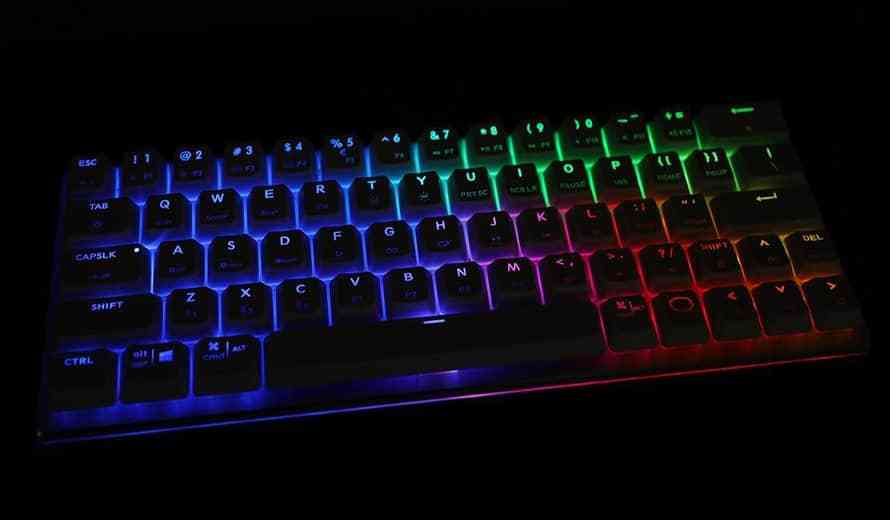 Like the MM720, the SK622 includes a braided USB cable, but unlike the mouse, this keyboard can be used wirelessly. There are a ridiculous number of ways to play with the RGB lights via software and also mechanically via the keyboard itself. Bluetooth implementation worked without a hitch across a number of devices.

Both the MM720 and SK622 are packaged with minimal and hard-to-read documentation, neither of which mention the Master Plus software, which is of course available for download on the Cooler Master website. The keyboard comes packed with a key removal tool (for customizing the keys with aftermarket alternatives) and an unpadded, faux velvet carrying bag.

After several days’ of continual use, I found both the MM720 mouse and SK622 keyboard to be excellent peripherals that are solidly made, responsive and comfortable. Each has a fairly specific best-use function. The MM720 is an incredibly lightweight gaming mouse but you need to be right-handed and prefer the intended claw grip for best results. The SK622 is a very capable and comfortable keyboard for use with multiple devices but you have to be willing to give up a lot of dedicated keys, a trackpad or palmrest, or simply the feeling of space. Generally speaking, both devices are reasonably priced and easy to recommend. 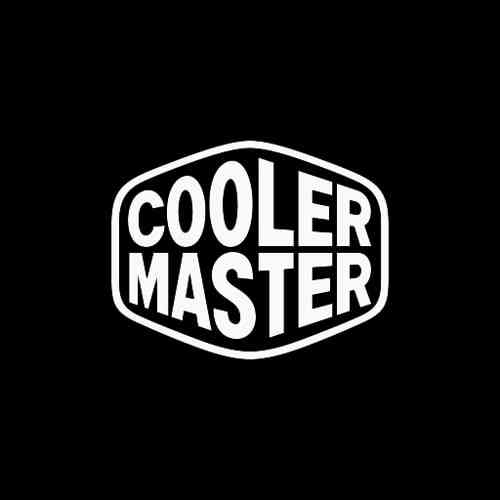 Logitech Lift – The Evolution of Verticality

EVE Online Prices Are Going Up in May