Curved Space is an interesting twin-stick shooter game experimenting with gravity and orientation. The layout of the levels is where all the sauce is at. Always taking place on small asteroids or space stations, you can go upside down and downside up just by driving off the “edge”, where your vehicle will simply reorientate itself to the new floor. With a slew of weaponry that is also affected by the environment, the game’s mechanics are simple but fun.

However, there are a few problems to consider. Most importantly, If you suffer from motion sickness, you may want to stay away from this title as the rapid flipping is not the kindest on soft stomachs. There are also some minor problems with the gameplay that makes prevent it from reaching its full potential.

As I said before, the game’s idea is simple but fun. Visually, it is impressive to be able to flip around a small arena where enemies can look gigantic just because of the scale of the thing. You can also lasso the spider aliens together to slow them down, or you could drain the energy from them by attaching them to a draining post. Combine this with the ability to dodge, and a super-powered overdrive mode, there is plenty of gameplay mechanics that build a strong base for Curved Space.

The biggest thing that may be a problem is motion sickness which really is determined by the stage you are playing on. I found that when I’m playing on space stations with their smooth surfaces, there were really no problems. But once you find yourself on any type of asteroids, you are in for a bumpy ride. Since your vehicle rides perfectly above any surface, that means any type of little elevation difference will yank your view around up and down, which gets pretty bad if you are moving fast. These types of surfaces also make it very unpredictable as to how your weapons will travel along the path, making the whole experience kinda frustrating. 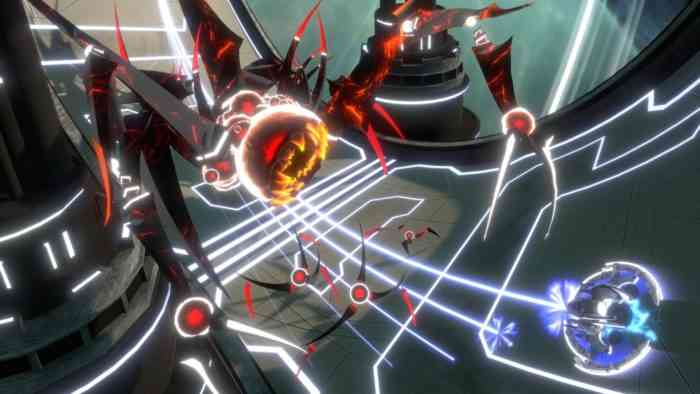 I wish I could say that the problems with gameplay ended there, but there are some minor problems with turning which has major implications. The issue is that when you turn, the vehicle slides for a few frames before it comes to a stop. This might make the vehicle act a little more realistically, but it makes the game feel unreactive and aiming less intuitive. Now, I don’t have a problem with some realism in my games, but for an arcadey twin-stick I think focusing on the gameplay was the way to go.

I feel like I make this point quite often, but here it is again: games don’t always need a story. For Curved Space, in particular, the story mode actively hurts the game. Within it, the nameless protagonist talks to herself in cliches while killing spiders as she goes through some sci-fi multi-dimensional storyline. Like the gameplay, the ideas here are neat, but the execution is lacking. In terms of writing a story, that would be strong characters and dialogue. 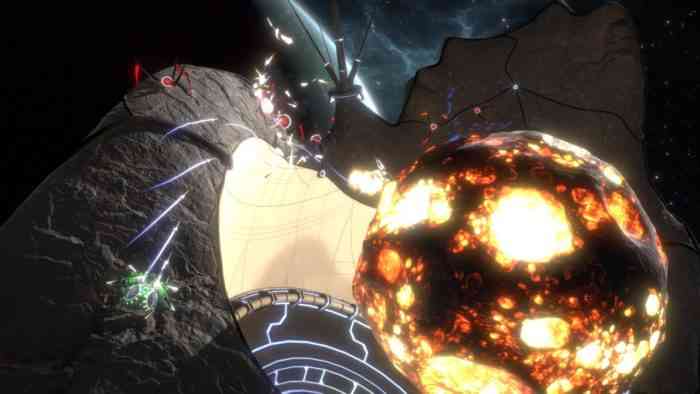 The problem with its existence is that besides the campaign, I don’t see what the main mode of the game is. There are modes like Survival, Daily Runs, Endless, and Arena, but all these seem like afterthoughts after the campaign. There isn’t a mode where you can jump in to play where you get to experience the whole thing. I feel like a mode that gets progressively more difficult as you choose your upgrades between levels could have been cool. Y’know, an Arcade Mode?

Curved Space is described as arcade-style anyways, so I don’t understand why the devs thought the story was needed at all. If they focused on polishing a mode that players can have some mindless fun, Curved Space could be leaps and bounds better. There’s a reason why rogue-lites have been finding so much success in the indie sphere: gameplay-first designs that are just nice to play. 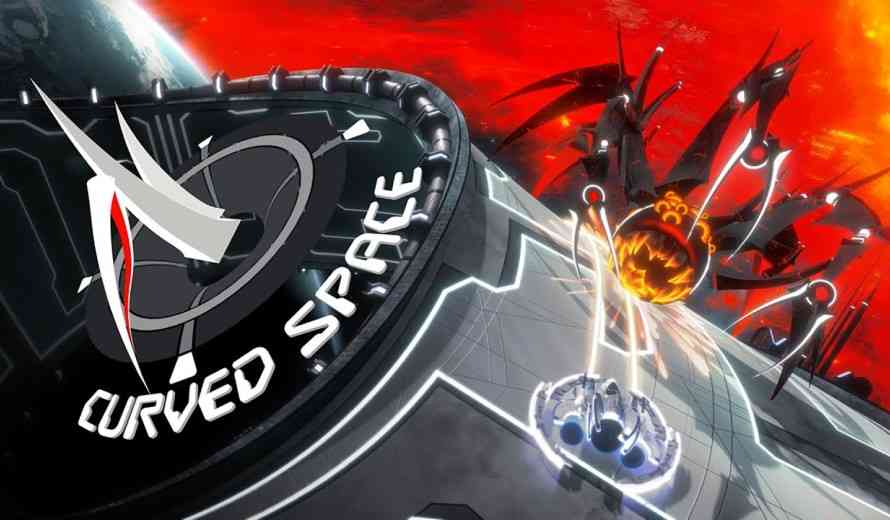 Developer: Only By Midnight