We’ve got some good horror games that we’ve been teased about coming out this year, and the following. Among these games are Chernobylite, Daymare 1994, among others. Supermassive Games, with their season finale of the Dark Pictures Anthology, can be counted among games we’ve been looking forward to. 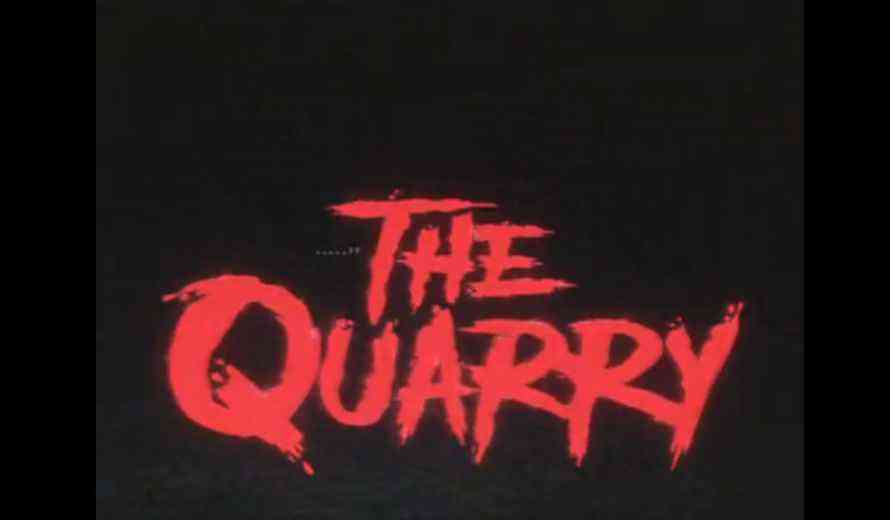 And now, it looks like we’re going to have another game from SuperMassive to get excited about. The game, called The Quarry, has been teased on Twitter. While the full reveal will be released on March 17, 2022, what we do see of this new game looks promising.

From what little that we do see from the teaser trailer is a slow panned screen, showing a full moon, police cars with flashing lights, and what looks like the entryway into a cellar, where you can see the back of someone dressed as a police officer or possible deputy, flashlight in hand and facing away from the camera angle.

The voice acting reveals more, stating that there were two people, a young man, and a woman, that accidentally drove off the road when something came in front of their car, and they swerved to avoid it on their way to work at a summer camp.

By the sounds of it, they’re being questioned by a police officer- who could be taken to sounding either angry or scared or both. This may be the setup for a 1980s camper slasher horror- and this may possibly mean that for this game, it’s all about escaping some sort of killer whose motivates are to kill, and only kill.

Though, with Supermassive Games, nothing is quite what it seems. And sadly, this teaser is all we have to go on for now- no character or further plot reveal, nor a release window. But we should be hearing much more in the way of details very soon.

The Quarry Goes 50’s for Halloween

The Top 10 Interactive Story Games
Next
How To Win Roulette: Top Winning Strategies For Roulette
Previous
Silent Hill Gets Some Unexpected Hope