It All Comes Full Circle

Melvor Idle was an indie title, one that’s been in early access since early 2020. It wore its Runescape inspiration on its sleeve, and that hint of love for the classic MMO didn’t go unnoticed. The game still exists, but it’s no longer indie – Jagex themselves will be handling publishing when the game releases this November.

A reddit FAQ was made following the announcement of this move, briefly going over the leadup to this decision and what it’ll mean for the game and its fans. According to the various responses, the game’s original developer will maintain full creative control over the project, and spend a good deal of time (this move was in the works for 8 months) asking as many questions as possible about the game’s future. This control even extends to microtransactions, in case anyone was curious how “full” this “full control” really was. 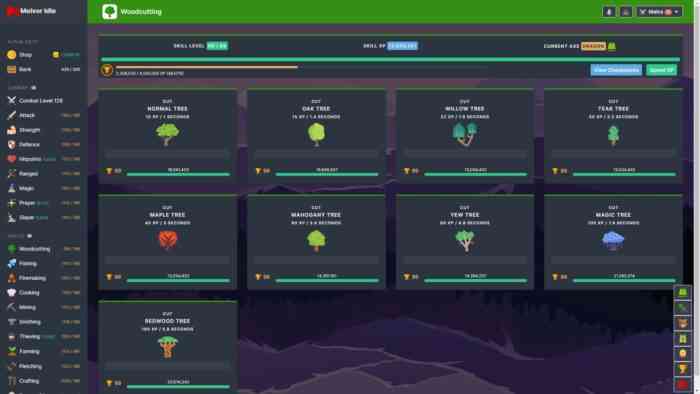 Melvor Idle’s players have been pretty receptive to the news. The only question left unanswered was “so, what does Jagex gain here, exactly?” and, to be honest, that’s a fair question. While there’s been no official answer as of yet, everyone seems to have come up with the same conclusion: because Jagex thinks they can profit off of the game’s success. They see the Runescape audience as people who’d enjoy a Runescape-like idle game, and by attaching their name to the project, they can coax in a massive new audience who might not have known about the game otherwise. It’s a deal that seemingly everyone benefits from – players included.

Melvor Idle is available on Steam and the game’s own website, and from the sounds of things, it’s the sort of game any Runscape fan can enjoy – even if you’re too busy to grind things out in Runescape’s main experience.

Twitch is Removing the Ability to “Host” Channels, For Some Reason
Next
Transformers Battle the Gods in the New SMITE Crossover
Previous
OLED Switch Durability Test Video Hurts to Watch, But is Also Kinda Cool