The Far Cry franchise has seen its fair share of DLC extensions over the years, but not very many have been loved by its fans as much as they have loved Far Cry 3: Blood Dragon.

Blood Dragon was launched as an accessory to Far Cry 3 and it provided players with a gaming experience that is quite different from the original. 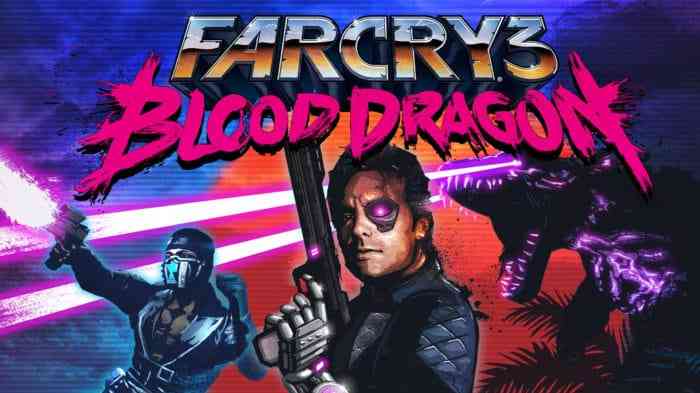 It is a known fact that Far Cry 3: Blood Dragon – Classic will be part of the Far Cry 6 season pass, as confirmed at the end of the Far Cry 6 season pass trailer. Towards the end of the video, it said “also including” and the Blood Dragon logo was shown. Since the reveal at the Ubisoft Forward showcase in June, fans of the Far Cry franchise were already aware that the DLC is coming. There was no mention about the title getting its own standalone launch, but a recent ESRB listing has sent fans into a frenzy.

The website listing is an indication that the Far Cry 3: Blood Dragon – Classic will also be available to the gaming community, even to those who do not have a season pass. This will not be the first time that Ubisoft has done something similar since they did the same to Far Cry 3 Classic. Although the DLC was available for Far Cry 5 season pass holders, players could also buy it separately for only $20. Ubisoft did the same for Far Cry 3: Blood Dragon – Classic will be good news to fans who do not want to spend for the entire season pass.

Far Cry 6 will be released on October 7th on PS4, PC, Xbox One, Xbox Series X/S, Luna, and Stadia.

Weird West Patch 1.04 Will Introduce A New Game Mode And More
Next
Aragami 2 Story Trailer Unveiled Ahead Of Its September Release
Previous
Abandoned Suffers Yet Another Delay Before Launch Of First Teaser