Smite Is the MOBA That Keeps on Growing

Hi-Rez Studios and Titan Forge Games recently released Season 8 of Smite, which includes tons of new content. Smite fans will most importantly be getting a new map for the main 5v5 game mode which most players compete in. While there are several new free skins to unlock, fans may want to check out what the new Battle Pass has to offer. Smite is available for free right now on Xbox One, PS4, Nintendo Switch, PC, and Mac, with Season 8 already upon us. 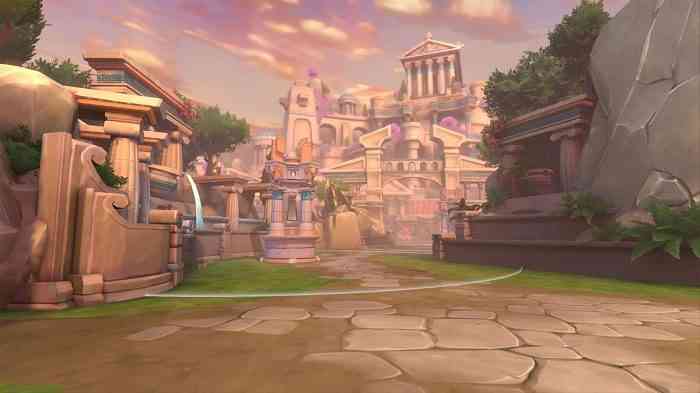 As the Smite player base steadily grows, developers at Hi-Rez Studios continue to improve the MOBA experience while regularly changing things up with innovative ideas. Just like many other titles out today, however, Smite has a new Battle Pass and with it comes tons of new content to unlock by playing the game. The new seasonal event offers tons more content for all players to unlock, ensuring that fans of all levels have something to work towards.

Smite Season 8 includes tons of tweaks to the gameplay and UI alongside several bug fixes in addition to all of the fresh content joining the roster. Considering everything that changed Smite up with Season 8, fans who haven’t installed it yet can expect a sizeable install that will take a while to complete. Hi-Rez Studios has also decided to revamp the in-game guides and tutorials in an effort to bring in more new MOBA fans.

Have you delved into Smite Season 8 yet or are you waiting for the update to finish downloading? Let us know in the comments below!


Legends of Runeterra’s Upcoming Updates Will Make Changes To PVP