Paladins Has Also Unlocked All of Its Champions Until Release

Hi-Rez Studios has announced that Paladins, which has been in an open beta since 2016, will see a full release this month on the 8th of May. Hi-Rez are also giving away 200 gems for free to anyone who played in the beta. 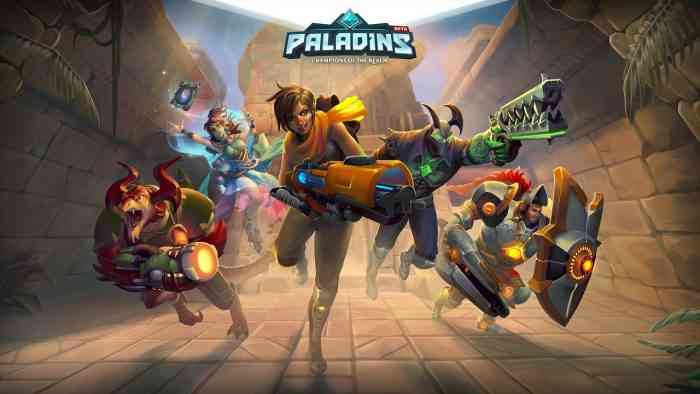 Chris Larson, the executive producer of Hi-rez Studios, said: “We are so excited for the official release of Paladins. We really want to thank all of our dedicated Beta players for the time and effort they have put into helping Paladins grow. This Launch Celebration is about our players—only with their feedback were we able to make Paladins the amazing game it is today, with drastically improved UI, console aiming, presentation, and gameplay.”

Despite the constant comparison to Overwatch, it seems that Paladins has gathered quite a lot of attention over the course of its open beta. It currently has over 25 million registered players, though the constant concurrent players is obviously much lower than that, averaging out at 16,000 players per month.

In his post, Chris also says that Paladins is: “…a million times more polished than it was at the start of Early Access, we do not consider Paladins a truly “finished” product. We know there’s still work to be done. We are going to keep polishing, keep refining, keep fixing bugs, and keep putting out awesome new content on a regular patch cycle.

“But what this does mean is that we are planning no more major system changes. We’ve found a formula that works for everyone: Free cards and sweet cosmetics. If you’ve been afraid to get reallyinvested into Paladins because we might change things again, don’t worry: This launch is our commitment to this vision for Paladins future.”

With the amount of love the game seems to be getting from its developers, I’ve got no doubt that Paladins will be able to succeed amongst all the comparisons to recent shooters. You can check out HiRezChris’ full post on their website.

What do you think of the changes? Will you be picking up Paladins for a whirl this weekend? Let us know!

Azaan is the Next Paladins Champion, And He Might Be Kinda Evil