The free-to-play battle royale Radical Heights just had an update that adds a load of new content, on top of plenty of bug fixes and performance improvements. The highlight of the update is the new gadget, which reveals an enemy’s previous location. 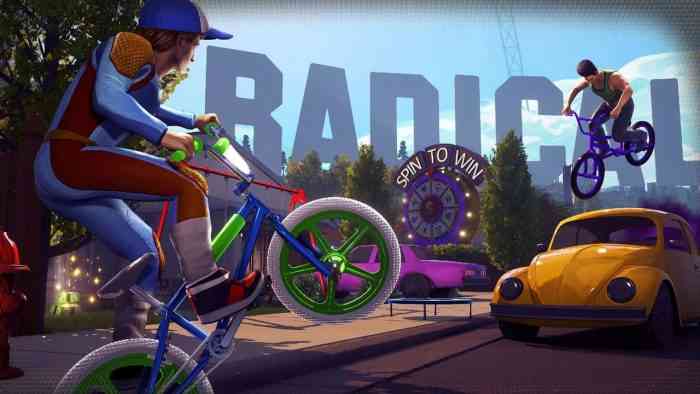 With this being only the second major update for Radical Heights, it seems to be setting a good impression, with plenty of new toys to play with. The highlight of the update seems to be the new J.A.N.U.S scanner, which scans all enemies in a large radius around the player and temporarily highlights their last known location on your mini-map.

On top of the J.A.N.U.S scanner, there are over 30 new cosmetic items added to Radical Heights to customise your character with. All customisation has also been moved into one, easy to access area. Simply open your ‘Prize Room’ to see all the items for your contestant.
New bike ramps have also been placed at strategic locations around the map to let you show off your skills (or faceplant trying), improvements to in-game performance, some weapon scaling, and some quality of life changes. You can read the full list of details right here!

Also at the end of the patch notes is a list of future content to be added to Radical Heights, which include:

For a free-to-play battle royale, currently in early access on Steam, Radical Heights seems to be consistently adding plenty of new content to help it compete with the hundred other battle royale games out there.

Will you be taking Radical Heights for a spin this weekend? Let us know!