Huntresses Arrive In the Realm

This may be the day you’re waiting for. Team RWBY is heading to the Paladins Realm. Today Hi-Rez Studios and Rooster Teeth are happy to announce that the huntresses from Rooster Teeth’s hit show, RWBY, are arriving in Paladins as skins. Additionally, they won’t be arriving alone. Two additional skins from the show will also be available as champion skins. Of course this means six skins will be available for purchase. A press release provides more details about the collaboration and which champions are receiving skins. 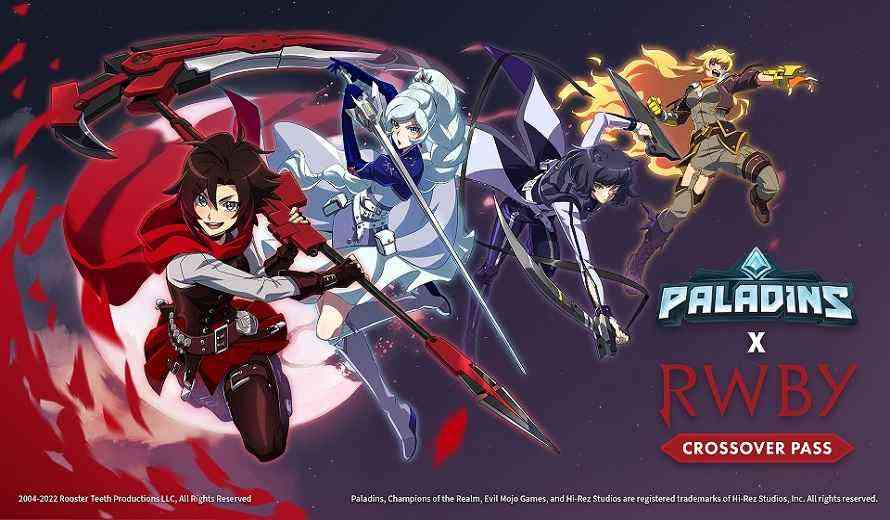 Six characters are entering the Realm and providing skins to champions. Of course these characters include the main members of team RWBY: Ruby Rose, Yang Xiao Long, Weiss Schnee, and Blake Belladonna. However, players can also look forward to a Qrow Branwen and Salem skin as well.

Arriving in June, the Paladins crossover pass isn’t the first time RWBY is making an appearance in one of Hi-Rez’s games. 2019 saw the huntresses arrive in Smite: Battleground of the Gods, and was the first crossover between Hi-Rez and Rooster Teeth. Additionally, this crossover sees some of Paladin’s favorite champions take on the visage of the huntresses. These champions include Saati, Furia, Imani, and Vora as team RWBY.

Additionally, players can get a look at the Paladin’s version of team RWBY and Salem in the new collaboration trailer. The trailer gives players a glimpse of team RWBY in action in the Realm of Paladins.

All of the details for the crossover will be shared tomorrow on June 1st, at 1 pm, on the PaladinsTwitch channel. Additionally, the RWBY update is arriving in June. So, are you ready to join team RWBY and save the Realm?


Azaan is the Next Paladins Champion, And He Might Be Kinda Evil

Smite Will Welcome Gilgamesh to the Roster This April