Hi-Rez’s battle royale contender Realm Royale is still going strong, and the developer has just revealed the next angel and demon themed battle pass coming to the medieval shooter.

This new battle pass comes with a subtitle: The Eternal Conflict. Over the course of the pass’s 50 tiers, players can unlock an angelic chicken, a demonic assassin outfit, “and more.” Most importantly, the final tier unlocks a fluffy fushia llama, which is sure to strike fear into the heart of your enemies as you ride into battle. There’s also a slew of new sprays and dances that won’t get Hi-Rez sued, some of which can be earned in the free tier of the new pass as well. 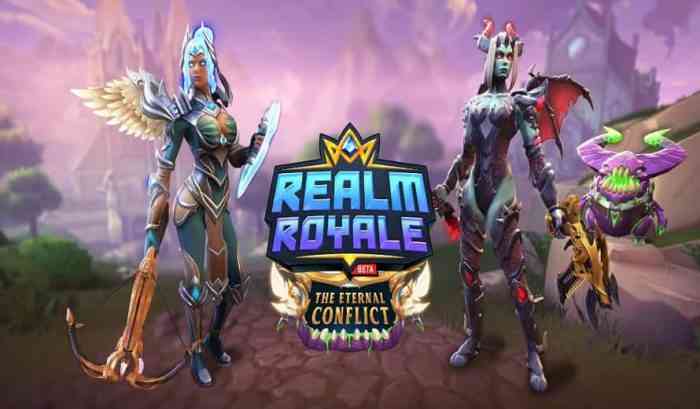 On top of all that, the game finally hit the Nintendo Switch earlier this week, complete with cross-play with Xbox One and PC players.

Battle Pass 4 is available now, and Realm Royale is free-to-play on PC, PS4, Xbox One and Nintendo Switch. Let us know what you think in the comments!