Shapeshift Your Way Through Enemy Lines

Console MOBA Smite, the game about battling gods as gods, has announced the most recent addition to its digital ranks: Danzaburou, a shapeshifting tanuki youkai from the Japanese pantheon, and the first Hunter of 2020. As a cunning merchant, he’ll be making good use of gold in-game–either by making clever investments or literally chucking bags of gold at opponents. But that’s not all this trickster spirit will be packing. He also has his wits, access to transformation magic, and a treasure trove of irresistable saké, a kind of Japanese rice wine. The Smite devs promise to reveal more about Danzaburou on Wednesday during the Update Show on SMITE’s Twitch channel, which will be held at 3pm ET. Those details will then become available in the patchnotes and in a dedicated Closer Look blog post. In the meantime, we have a cool animated teaser to admire and spin theories about!

The teaser makes Danzaburou look absolutely adorable, especially in his little cloak, but more importantly, it draws attention to two specific aspects of his character: his wiles and his saké. He’s shown spinning tale tales to lure a kappa into purchasing illusory alcohol and then scarpering with the cash before his trick is discovered. Is this a thing you can do in-game? You can already play as Cthulhu and drive other players mad, so who knows? Personally, we’re hoping he gets a disguise mechanic involving the leaf shapeshifting trick. You know, that thing tanuki do in anime where they pick up a leaf and put it on their forehead before they shapeshift? You haven’t seen it? It’s really cute, trust us. 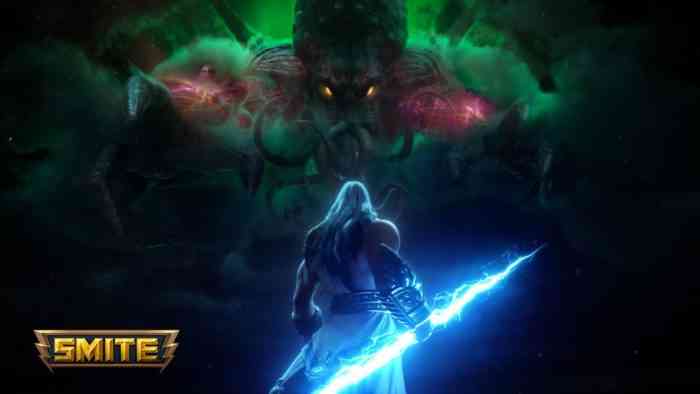 We can’t wait to find out more about this furry friend! Or fiend, if he’s on the other team. Either way, we still wanna hug him. What can we say? We’re weak to fluff.

Are you ready to wage war among the gods? Let us know down in the comments, or hit us up on Twitter or Facebook.